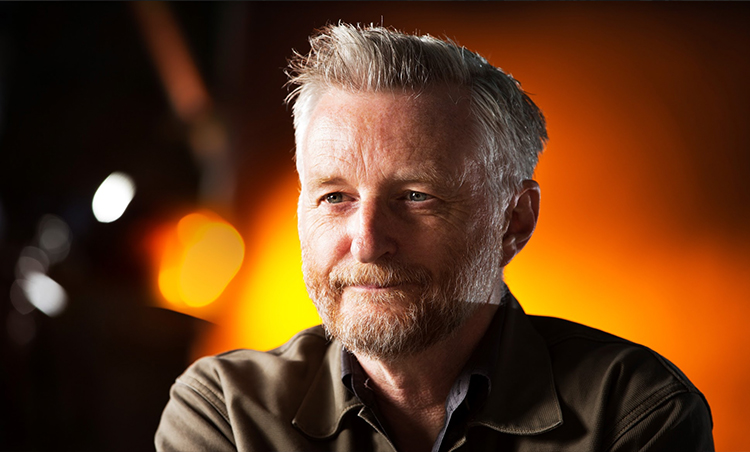 The Festival of Voice got off to a brilliant start last night with performances from indie favourite Nadine Shah and Billy Bragg at the Wales Millenium Centre. Both artists are politically outspoken and enviably talented so it was a treat to see them team up for this Voices of Protest evening.

Nadine Shah kicked off things off with an impassioned and it has to be said, very loud, set. Playing songs from her new album Holiday Destination, along with a few older numbers, Shah was in fine voice throughout and handled some minor technical mishaps with grace. She was occasionally reluctant to speak to the audience directly but when she did she was funny, self-deprecating and often quite moving.

Then came Billy Bragg, ‘the bard of Barking’, with a typically rousing and politically charged performance. Bragg’s musical talent and showmanship have been proven repeatedly in a career that is now older than the majority of last night’s audience. The between-song patter was sometimes even more captivating than the music, and Bragg clearly still believes in the power of song, even if he’s no longer convinced that music alone can change the world. His encore was duly deserved, and the final song, perennial live favourite ‘A New England’, raised a chorus from the audience.

The Festival Hub will also be the home to Festi-Food a pop-up food offering with pizzas, burgers and delicious salads made from local produce, get drinks and dinner and Refugee Food Stories which supplies training scheme in partnership with Oasis Cardiff, an organisation that aims to help refugees and asylum seekers to integrate into their local community.

Festi Food  is open daily at Wales Millennium Centre’s ffresh throughout the festival. *Not open Mondays*

Review – In It Together