Author It's On Editorial 162 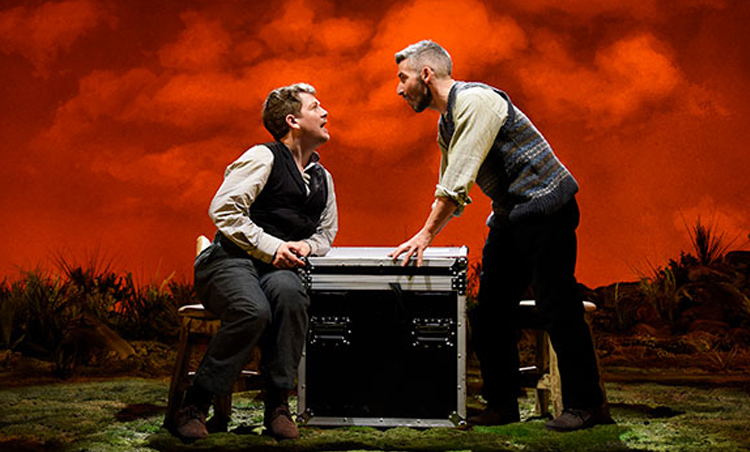 A small village in rural Ireland is turned upside down when a major Hollywood film studio descends to make a historical blockbuster on location.

Well Cardiff, we’re in for a bit of a rollercoaster with this one. If you thought you were getting a fun loving jaunt into the Irish countryside then you’re half correct. Stones In His Pockets is a play depicting the events over a series of days on a Hollywood film shoot set in County Kerry, Ireland. It has big laughs but also some dark turns so make sure you take the tissues with you for tears of all emotions. 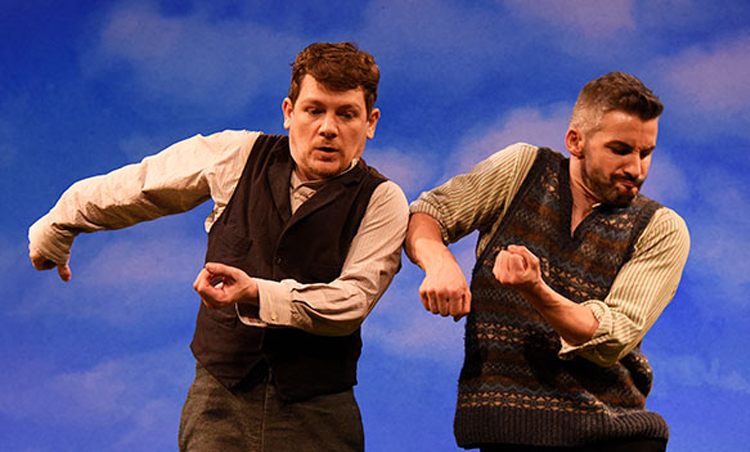 For a two man production like this to work, the audience has to really get behind the concept. I took some time to warm up to the quick character changes, shifting of accents and swift wardrobe alterations. However, once the leads found their momentum the play managed to ease me into the struggles of small town, Irish folk whose lives had been overrun by the big wigs of Hollywood (for a Cardiff specific reference here, think of the carnage road closures cause when Justin Bieber performs in the principality stadium, and you’ll start to get the idea). The small production really did capture a sense of community, united against a satirical invader. 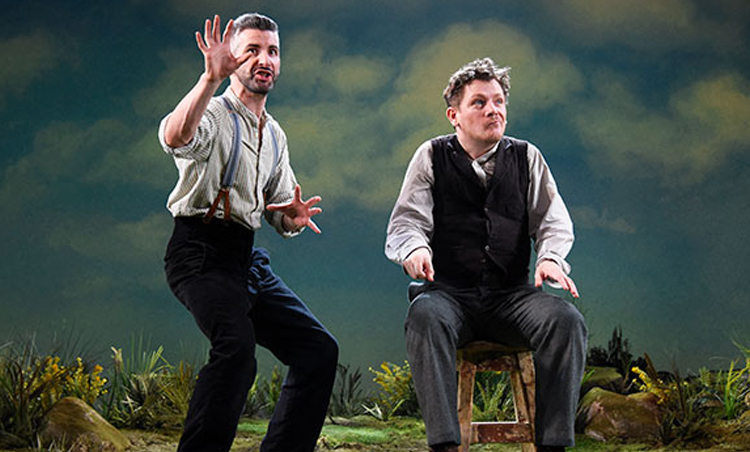 The leads certainly portrayed a masterclass in acting on opening night; switching between sultry American A-list actresses, knobbly old cow farmers and starry eyed hopeful extras in the form of the main personas Jake and Charlie. Owen Sharpe and Kevin Trainor deserve buckets of praise for their handling of dozens of characters, who often made me forget there were only two actors on stage. If you’re in the city this week then it’s worth catching this one just to see the often chaotic transitions performed by the leads. A particular favourite duo of mine the two-man troupe portrayed was the producer Simon and his ditsy personal assistant Aisling, who always exited a scene with a camp little shuffle that never failed to raise a laugh from the audience. There was a great pay off to all the hard work of the leads in the form of a dance sequence late in the second act; it incorporated the mannerisms of all the various characters, making them identifiable to the audience without words and to hilarious effect.

The changing tone of the play was perhaps a little bit too much of a gear shift for me at times. The comedy was light and easy to laugh at whereas the tragic side of the story could reach quite dark tones. Each element was handled masterfully, but for me could it have done with a touch more comedy in the darker scenes. The added raunchiness in the second act counteracted a lot of my reservations however to deliver a thought provoking and comical finale to Marie Jones’ enduring two-man production.

Overall I would award the night 3.5 stones out of 5 pockets. Although the play was not exactly for me, I am very glad that I was allowed to step outside of my comfort zone, and witness some fantastic performances along the way.

Finally a quick note; if you or anyone you know is affected by the events of this production then please do not hesitate to reach out and seek help from the number of charities dedicated to helping individuals suffering in silence. Such as Samaritans who can be reached 24/7 by following this link: https://www.samaritans.org/

Because the night belonged to Patti Smith