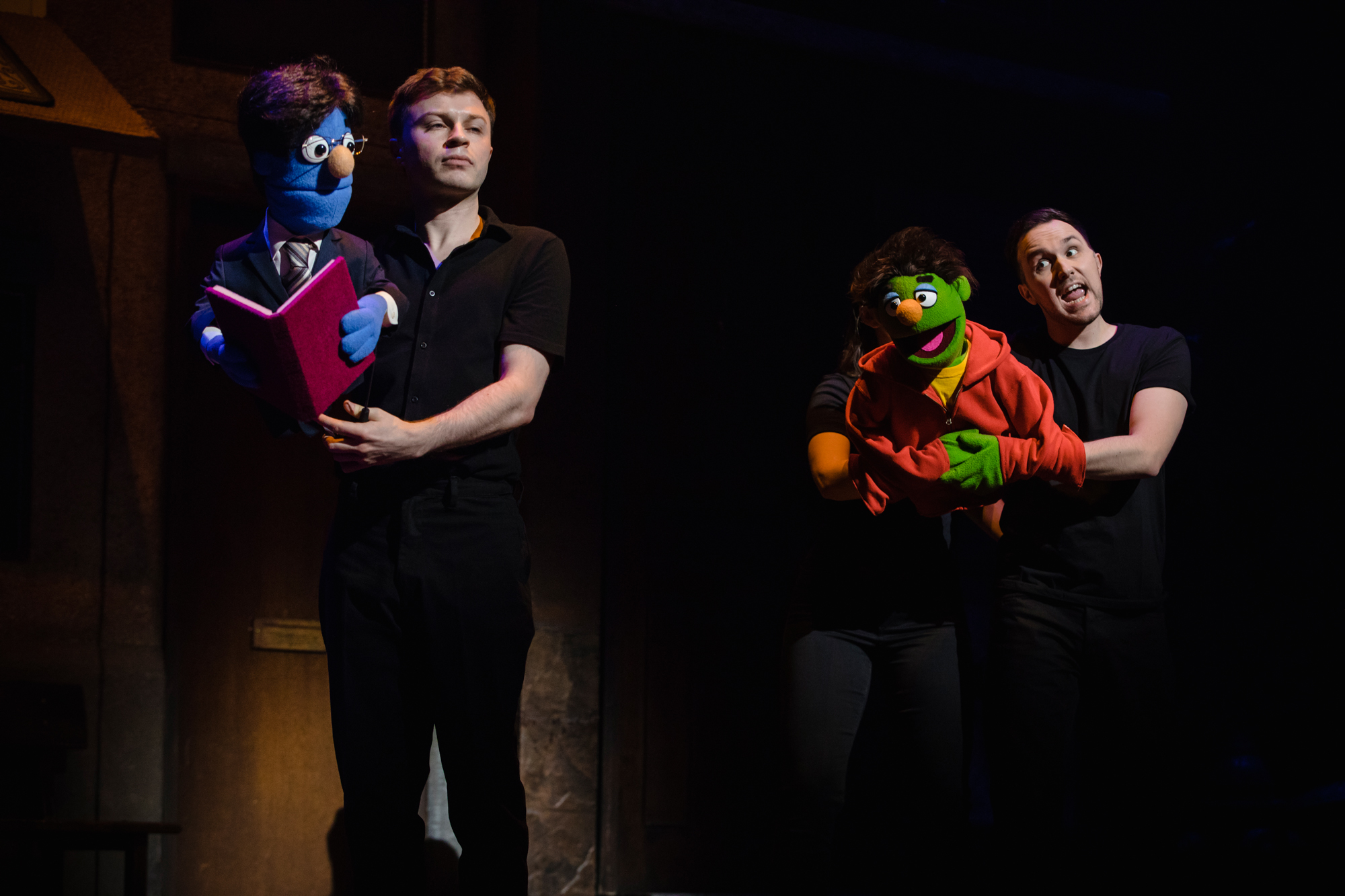 Firstly, the cast on stage tonight were an absolute delight. It was hard to believe the show was on tour considering how tight the performance was. From the extensive resumes of the actors in the production it’s easy to see why this was the case; Avenue Q meant business and it delivered on its promise of outrageous and on-the-nose comedy. It was also a nice addition to be treated to a live band providing the music; it reminded me that we’re lucky to have the New Theatre in Cardiff so shows like this can return with its full entourage of talent.

I feel ashamed to say I was surprised by the impressive vocals on display in the show! Especially the pipes of Cecily Redman who played two leading ladies; one a shy young romantic, the other a seductive bar singer very boldly named ‘Lucy the Sl*t’. Her range within two distinctive vocal styles was impressive. Which was great because from first glance this didn’t strike me as a production that could deliver power ballads (I was imagining something along the lines of the Muppets cover of Bohemian Rhapsody); however, I was sorely mistaken and blown away by the range of musical talent in the cast. Additional standouts include Lawrence Smith and Tom Steedon who carried five characters between them and arguably a lot of the show, often receiving the biggest laughs from the crowd thanks to polished comedic timing.

The production itself is superbly written (hats off to you Lopez and Marx). If you’re looking for something that tackles just about every controversial, and taboo topic circulating the media today then you’ve hit the jackpot. A musical comedy performed by puppets which addresses the struggles of discussing race, homosexuality, depression, homelessness and relationships sounds like a an episode of Glee I’d rather avoid.However in this instance it works on every level. I do believe there is something for everyone in here, so long as you’re old enough to not be too scarred by some puppet bump n’ grind! It has comedy, live music, controversy and a stellar cast who clearly love their job. The energy the actors displayed on stage brought the audience up to their level from the first song and didn’t let up until the final curtain. Trust me when I say you’ll find yourself singing your own rendition of ‘The Internet Is For Porn’ in work the next day; just try not get noticed by your boss when you do.

Overall I would give Avenue Q… 4.5 sexual innuendos out of 5. I had a great time and I’d tell anyone that it’s a must see performance and I’m going to be humming the tunes all week. I’m just gutted it’s blown my cover about having a girlfriend who lives in Canada… I thought I was the only one who told that story.

Stones In His Pockets At The New Theatre Cardiff