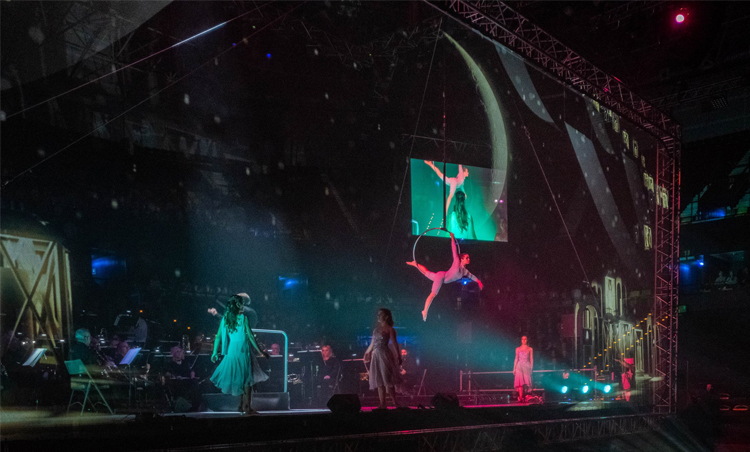 Fair Saturday to be held on 30 November as positive ‘antidote’ to Black Friday, Cardiff’s event will be part of a global festival involving more than 100 cities across the world

Cardiff will for the first time host its own unique cultural festival as part of a groundbreaking global movement involving more than 150,000 people in over 100 cities across the world this November, it was announced today.

The city has agreed to take part in Fair Saturday, a globalmobilisation that aims to create a positive social impact every last Saturday of November, the day following Black Friday, the busiest shopping day of the year and a date seen as a symbol of modern consumerism.  This year’s Fair Saturday will take place on Saturday 30 November.

The Fair Saturday movement was started in Bilbao in the Basque region of Spain in 2014 as a response to the rising tide of materialism and consumerism.  It is a non-profit organisation dedicated to improving the world through arts and culture.

The movement brings together artists and cultural organisations in a global festival, with artistsin each city supporting a social cause of their choice through their performance.

Fair Saturday aims to celebrate the arts and spread support for social causes across the world, and help people reflect on the essentialrole of culture to build stronger societies, in an age of turbulence and uncertainty and the day after many people will have been tempted to spend on Black Friday offers.

Cardiff is one of seven new official cities joining the movement, announced today at a gala in Bilbao.  All the cities commit to boost the celebration of Fair Saturday and wants to connect to other international cities doing so. Other new participating cities announced today include Leeuwarden in the Netherlands and Atlanta and Quincy in the US.  Motions have also been taken to formalize the collaboration with Lisbon, Portugal. Previous cities that have participated in previous years, and will be doing so again this year, include Bilbao, Malaga, Santander, Lima, Bristol and the whole nation of Scotland, celebrating Fair Saturday linked to its St. Andrews’s celebrations.

“I am delighted that Cardiff is joining the Fair Saturday initiative. In Cardiff, we feel passionately about community and about culture, and Fair Saturday is an opportunity to celebrate both.

“By being part of this fast growing global network we will help shine a light on the thriving cultural sector in the city and will encourage more people to get involved in activities across Cardiff.”

Performers will be announced at a later date, but unlike the usual top-down approaches in which well-known artists are invited to perform at particular events, the Fair Saturday movement has a bottom-up approach. It invites local artists and talented people in each city to join the movement and present their work, allowing the city itself to take ownership of the event. The aim is to connect citizens with different ethnicities and backgrounds and unite them with other citizens around the world, sharing the same universal values. The only requisite to participate is to support a social cause. Every cultural organisation that participates into Fair Saturday selects a social cause to give them recognition, visibility and funds.

“Five years ago in Bilbao, the Bay of Biscay, a simple idea was born. What if the day that follows Black Friday a strong mobilisation of arts and culture took place, supporting at the same time different social causes?

“Culture has never been needed more than right now.  We are living in times of complexity and uncertainty and where materialism dominates.  Fair Saturday aims to change the focus on ‘having’ to one where people reflect on the value of being and giving, though arts and culture.  Arts and culture can help create richer, more diverse societies and connect communities in a way the likes of Black Friday cannot.

“I’m delighted that Cardiff has decided to join this fast-growing movement and the city can look forward to some amazing, inspiring performances come 30 November.”

Author It'sOn Admin 37
Ed Sheeran has announced a summer 2018 stadium tour today and Cardiff’s Principality Stadium has been added to the bill. The singer-songwriter, who released ‘÷’...
Read More