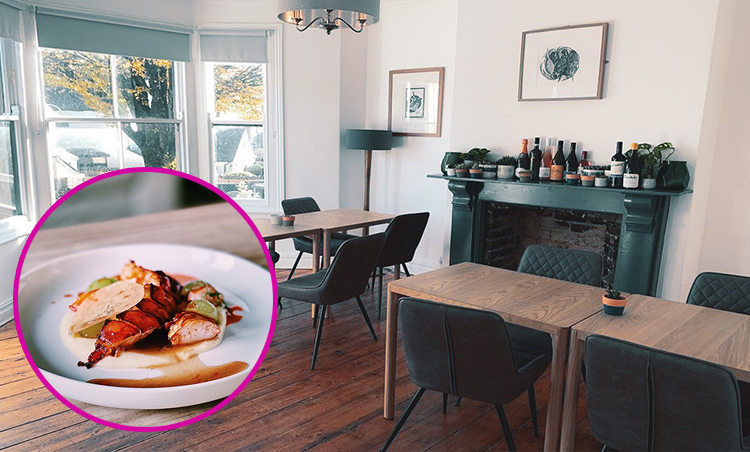 We did it! Christmas accomplished, Omicron wave just about surfed, and a new year has dawned. And with fresh beginnings comes a whole load of new foodie and boozy spots for us to explore in 2022. We’ve put together a list of some of the new places opening their doors this year that we cannot wait to try.

Former head chef of Gordon Ramsey, Lee Skeet is opening his first restaurant in Pontcanna. Breaking a long tradition of famous chef’s naming their restaurants after themselves, Lee has named his after his daughter Cora to encourage himself and to inspire her to follow her dreams. Family values are held at the core of Cora, as they serve up fresh fish dishes and decadent desserts.

Far from a Cardiff newcomer, the popular fast-food company Wingstack will be taking up a permanent residence on Whitchurch road early in 2022. The Welsh run indie food spot will be serving up all the regular favourites like their famous sticky BBQ jam, buffalo soldiers and fan favourite great wings of China. Keep your eyes peeled for the opening day in the next few weeks! More Info

Launched by the Humble Onion team, Alium promises to deliver on gourmet quality food that looks as beautiful as it tastes. Opening in Spring this year, the restaurant and speakeasy will serve up seasonal delights like steak tartare and gin and beetroot cured salmon. Considering the reputation of The Humble Onion we are certain this is one we will welcome to Cardiff with delight!

The immensely popular chain Flight Club is coming to Cardiff this year! Throw some darts and have some drinks, where can you go wrong? After huge success across England, the first Welsh Flight Club is expected to be another bullseye for the bar chain. You don’t have to worry about keeping track of scores as up to 20 of you let fly on St Mary’s street, with score tracking technology you can enter tournaments and friendly competitions with ease.

Self described as the ‘home of modern Thai food’, Rosa Thai will be taking up residence on the popular foodie hotspot Church Street, joining other big hitters like The Botanist and Pho, cementing the streets reputation as a go to place to get great food. Serving classics like Red Curry, Pad Thai  and Basil Stir Fry, Rosa Thai promises to become a regular haunt for those hankering some traditional Thai food. More Info

Penarth  will soon be home to an artisanal boulangerie and speciality coffee house. With a team that rises before dawn each day to stock the shelves with freshly baked good, Ground Bakery is set to join the prestigious lists of world class bakeries in and around Cardiff and the Vale. With brunch and lunch menus, this could quickly become on of your favourite places to grab a cheeky coffee and a cooked breakfast with warm fresh bread.

The new relaxed dining bar/restaurant will be located in the heart of Mermaid Quay,  complete with balcony area overlooking Tacoma Square and Cardiff Bay – previously occupied by S.A. Brain & Co’s Salt bar. The Club house is a sister venue to the Botanist, so expect great cocktails and lip-smacking dishes on the venue. More Info

Talk about unlocking another level of cuisine, the Ivy is expanding big time! Nearly doubling in size to incorporate its brand-new neighbour, The Ivy Oriental. Serving theatrical drinks and cocktails alongside a delicious menu of tantalising dishes. The vibrant new look has been difficult to miss in the centre of town and the anticipation has built to a crescendo for another celebration of oriental cuisine in Cardiff this year.

Known in golf as ‘the magic number’, Par 59 promises to bring some swinging new activity to the nightlife on St Mary’s Street. The brainchild of Welsh Football super star Gareth Bale, the putting palace has been a long time coming and we’re excited to put some balls and sink some pints when we finally get back to enjoying nightlife this year. Little is known about the course itself, other than its contributors include local businesses and its going to put the crazy back into golf.  More Info

Taking over from the long-standing Soda bar, the Scandinavian bar Heidi’s will open on Mill Lane to deliver what is sure to be a chaotic fun atmosphere. Don’t forget to wear your traditional Tyrolean dresses and hit the gyms so you can lift those giant Stein glasses. Its time to dance and party Scandinavian style in Cardiff’s newest beer hall!  More Info

The Thai food chai is ready to move into Wales on the site of the former Links store on the Hayes. Starting life in the basement of their tiny fisherman’s cottage in Brighton back in 2002, Giggling Squid has grown massively over the subsequent 20 years, but have never reached further north than Nottingham. Until 2022. They’ll be bringing their “simple, rustic, fresh Thai food” to Spinningfields, in the old Carluccio site at some point in the early months of 2022.

The Tidy Kitchen Company will open at 16 Museum Place in Spring 2022. Expanding from private catering towards a new ‘grab and go’ business model, which will invite customers to pick up a wide range of luxury, healthy, and freshly assembled meals. More info

Cocktail bar Tonight Josephine is coming to Cardiff to open their first Welsh site in the former Charleston’s steakhouse on Chippy Lane.

Tonight Josephine describes itself as a ‘sassy’ cocktail bar which has four venues, three in London one in Birmingham and soon Cardiff

If you know of any other Cardiff based delights opening in 2022 then please let us know, we’ve let our Christmas dinners go down and we cannot wait to tuck into some new cuisines!

Dinosaurs are coming to Bute Park