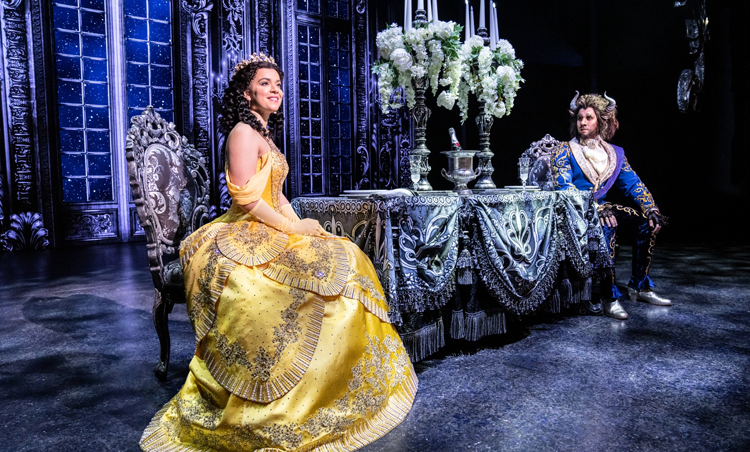 The tale as old as time has returned in all its technological splendour to the Wales Millennium Centre, to warm our hearts this festive season. Beauty and The Beast is such a classic fairy tale story, its hard to imagine how it could keep surprising us. But the sensational live orchestra, jaw dropping visual effects and superb cast brought something fresh and new, whilst still retaining the magic of the timeless story.

The story of Beauty and The Beast is over 200 years old, having first been published in France in 1740. It captured the imagination of all ages for generations until its eventual adaptation into the Disney animated feature film we all know and love. Featuring the songs of Alan Menken, Howard Ashman and Tim Rice including Belle, Gaston, Be Our Guest and, of course, Beauty and the Beast. The film was so successful and beloved that it’s spawned a live action remake starring Emma Watson and debuted on Broadway 27 year ago. Now we are all invited to be guests at the Wales Millennium Centre, to witness a show that is spellbindingly beautiful and jaw droppingly mesmerising. 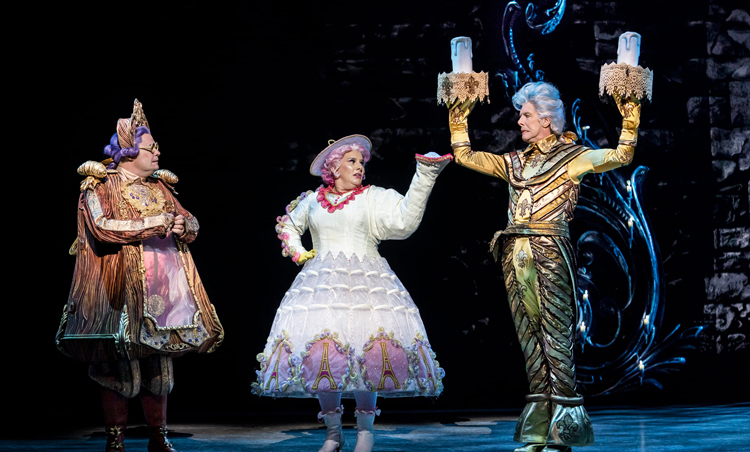 I think when putting together a show like this, the director Matt West must have known he would have to pull out all the stops. Each musical number is bigger and better than the last, the obvious highlight being ‘Be Our
Guest’ which felt like a whole show in itself, starting small and ending in an absolute crescendo as near enough the whole cast moved in perfect choreographed moves. It included some beautiful costumes, toe tapping tap dancing and so much joy and energy it was impossible not to grin ear to ear. Not only was the music off the scale but the set design was an inspiration, with so many dynamic moving parts and folding scenery it truly felt like the audience was watching a pop-up book come to life before our eyes.

We were treated to a very pleasant surprise also, seeing 2013 X Factor winner Sam Bailey in the role as the ever-fabulous Mrs Potts. Like many X Factor winners, she’s pursued a career on stage and acts like she was born to tread the boards. It must be nerve racking, faced with tackling the titular iconic song, Beauty and The
Beast, alone on stage, but Sam absolutely nailed it sending waves of goosebumps and chills through the crowd.

Its impossible to think of any critiques of last night’s performance. You know what you’re getting when you buy a ticket, and the show does not disappoint. One of the major highlights for me was the reactions of the
audience, especially the kids who have grown up loving the Disney films, who were absolutely losing their minds at the spectacle on stage. Overall, its going to have to be another 5-star review from us. The tale as old
as time remains fresh and as magical as ever, go get your tickets today for the perfect evening out in the run up to Christmas.

All The New Openings We're Excited About in 2022

Author It's On Editorial 131
It’s set to be a sunny weekend in Cardiff which are few are far between in our fair city. That means two glorious days...
Read More