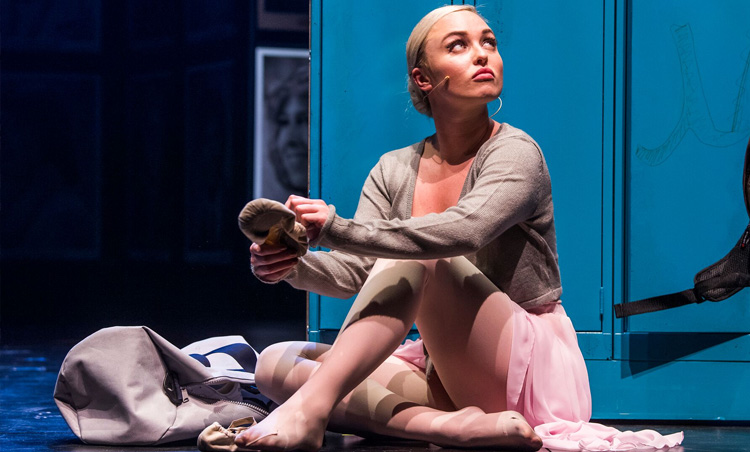 Fame is currently showing in the New Theatre, and is absolutely certainly worth a visit. It has a great cast line up, including Mica Paris and Jeorgie Porter. The characters were all so talented, the skill set of many of the performers was immense, often following choreography, playing an instrument and singing at the same time.
The first half introduced us to the characters and as it progressed their personal stories developed showing lots of the challenges faced by adolescents in the early 80s and all still very relatable today. Dealing with issues such as dyslexia, racism, eating disorders, drug addiction and fame hunger that seem to be timeless issues facing society. The plot developed for each character, and the story switched from one to the other throughout, this added to the variety of the show and kept the audience interested.
The second half banged out the songs, the personal stories of the main cast unfolded through lyrics and dance, it was non stop, and pretty emotional at times too! Mica Paris’ solo was breath taking, she is such an amazing singer that she really amazed the crowd and had the biggest applause of the night, another specific mention is Louisa Beadel who played Lambchops, she played the drums, the oboe, danced and sang throughout the show, her talent is outstanding.
The set was changed seamlessly throughout, the soundtrack included all the classic fame songs, the energy and the vibe of all the characters was upbeat and dynamic from start to finish, it was obvious that the cast really enjoyed themselves and the performance. This was a fantastic production with a plethora of talent in dance, music and singing. Definitely worth digging the legwarmers and crop tops out for.
Highly recommended.
Preview post

People of Cardiff are extreme!

Review: The Blood Brothers at the New Theatre

Buddy: The Buddy Holly Story at the New Theatre – Review