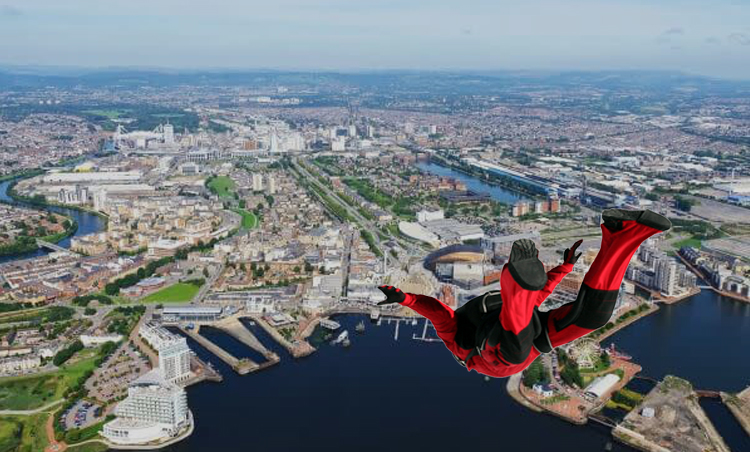 A  recent poll of 2,000 adults found 73 per cent of us Cardiffians describe ourselves as being adventurous and happy to live life ‘on the edge’.

John Annoh, from hotel chain Premier Inn, which commissioned the research, said: “Adventurousness means many things to many different people.”

The study also found half of those polled admit they ‘wish they had the guts’ to be more adventurous from time to time. – Sound like you?

The top most exciting activity Brits would like to try would be to go on a safari, followed by a flight in a hot air balloon.

And around 14 per cent would love to take on an adrenaline-fuelled skydive – with just one in 20 Brits having already ticked that off their list of things to do.

But 35 per cent of Brits say they’re more adventurous when they’re on holiday, with 16 per cent booking holidays purely to try out new activities.

Twice as many Brits also believe their generation is more adventurous than the one that came before.

Getting out of their comfort zone is vital to 66 per cent of respondents though, who believe doing so has tangible benefits.

Newcastle came second on the list, followed by inhabitants of Belfast.

Top 5 most adventurous cities in the UK…

What's on this weekend in Cardiff

CARDIFF: THE CITY OF ARCADES