Author It's On Editorial 529 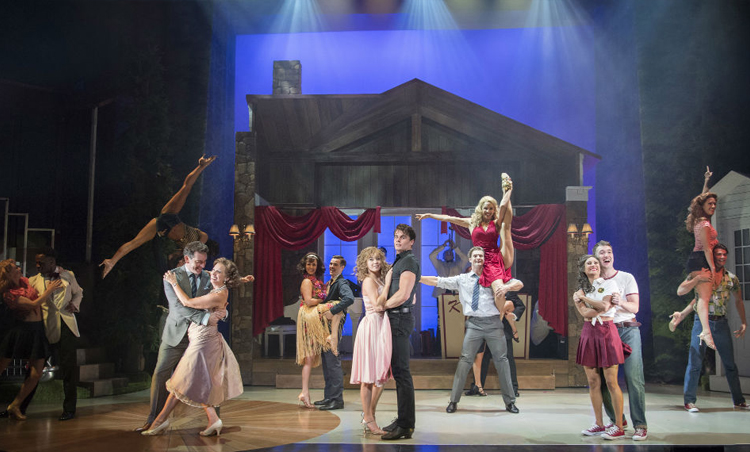 Having not seen the original film before the show…I’ll pause here gasps of horror… I went into the New Theatre with an open mind. What greeted me was a performance of fun, music and romance which makes it plain to see why Cardiff welcomes the Dirty Dancing Tour’s return again and again.

From the outset the audience were transported to the Catshill Mountains of New York State, helped along the way by the impressive onstage swing quartet, who moved the production along with a pace matched by an energetic ensemble cast. I think I can speak for my fellow audience members when I say there was something for everyone; whether you’re a long-term fan of the film or not, you’ll find yourself giddy with the excitement of the night (and I’m not just talking about seeing Johnny Castle shirtless on stage). The production had a lot to live up to but it delivered with ease.

The pressure of the iconic roles was carried by the leads better than an armful of watermelons; quickly pulling the crowd into the timeless love story seen on the silver screen. A particular standout for me was Penny (played by Simone Coevele) the powerful dancing instructor of the resort; her moves with Johnny on the stage would rival anything you’ve seen on Strictly on a Saturday in front of the TV, and is worth the admission fee alone. Additionally, the set was a triumph and special kudos must be awarded to designer Roberto Comotti who transformed the stage into the swinging summer of ’63. The innovative way iconic scenes from the film are re-created on stage encapsulates the spirit of the production.

The second act was where we saw Baby (Kira Malou) and Johnny (Michael O’Reilly) truly hit their stride however, as they turned up the heat with their steamy romantic numbers and genuine chemistry, to steal the show right up until the final curtain. The rest of the cast followed suit producing musical highlights, such as the big ensemble number Yes!, the soft and sexy In the Still of the Nightand of course the timeless classic Time of My Life, making it easy to see why Dirty Dancing has stood the test of time and leaves us coming back for more.

With the accompaniment of impressive vocals from Sian Gentle-Green and Alex Wheeler the opening night performance produced hit after hit culminating in a magical finale; which is where you really see the production pull out all the stops, and the band swells to deliver that ultimate iconic final lift. The energy of the performers was felt through the audience, who by this point were up on their feet and dancing along

From this reviewer I would give the performance… 4.5 giant watermelons out of 5. The show reminded me why we are so lucky to have a venue like the New Theatre in Cardiff, which supplies quality entertainment for the capital to enjoy. Dirty Dancing is a must see if you’re in the city centre this weekend and looking to have the time of your life.