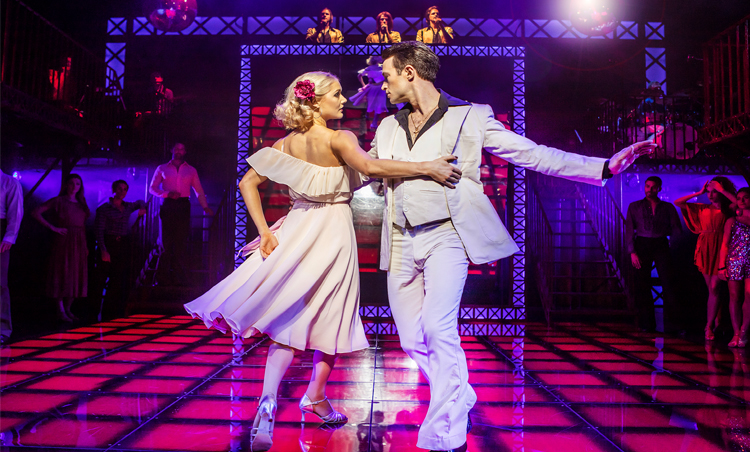 The weather was typical of a Welsh winter night at the end of November so arriving at the Millenium Centre a little cold I was unsure how I’d feel spending a couple of hours watching a throw back to the 80s!

Taking my seat, I was surprised to see a number of teenagers dotted around the auditorium. Wouldn’t they be far too young to recall anything about the original movies storyline, John Travolta or the Bee Gees??

Being a big rugby fan who likes watching the blood and thunder of the sport I didn’t think I’d last the full production and therefore shuffle off into the night regretting having made the effort. 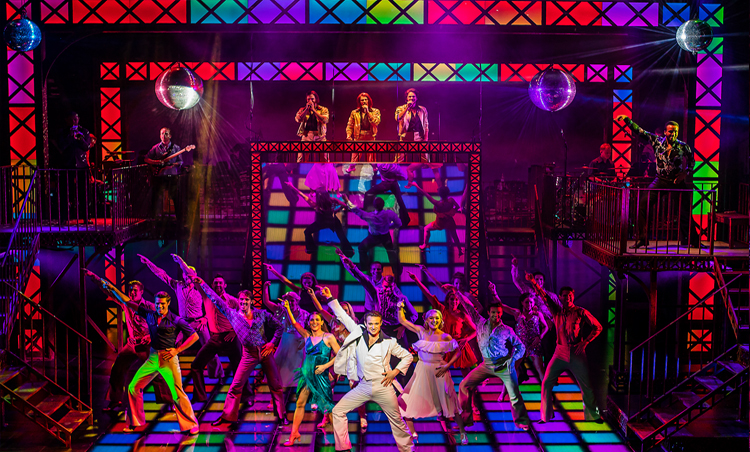 With quickly filled seats and the hush of people the lights dimmed and the curtain raised to a scene of the cast dressed in figure hugging 80s clothes strutting to classic Bee Gees music sang from above the stage by 3 young men who not only looked like the original iconic American group but sounded remarkably like them too. Closing my eyes was like being transported back to a Bee Gees concert where songs like ‘Staying Alive’, ‘Night Fever’ and ‘You Should Be Dancing’ were once as well known as ‘Apple’, ‘Starbucks’ and ‘Sony’ are today.

In amongst the nightclub or should I say ‘discoteque’ scenes the visual effects were pretty basic at times but that didn’t detract from the foot tapping music, the hugely entertaining dance scenes and the fab feeling generated around the hall.

I must have looked like ‘The Joker’ from the movie ‘Batman’ as i actually found myself smiling throughout. The biggest cheer of the evening came when the lead cast member Richard Winsor changed clothes which also brought wolf whistles and cries of ‘we love you’.

At the end of the production most of the audience were out of their seats singing and dancing along with the cast who seemed to enjoy it as much as the 80s loving fans who packed out the centre.

Where I had arrived unsure, i left with a little skip in my step, a wiggle of the hips and singing ‘More than a woman’ under my breath!

Well done to all.

One final word, if anyone does think of taking a younger member of the family there is some swearing throughout!!

Sam Divine: Openers UK Tour comes to Cardiff and we have 4 tickets to give away

Stones In His Pockets At The New Theatre Cardiff

Buddy: The Buddy Holly Story at the New Theatre – Review