Author It's On Editorial 555 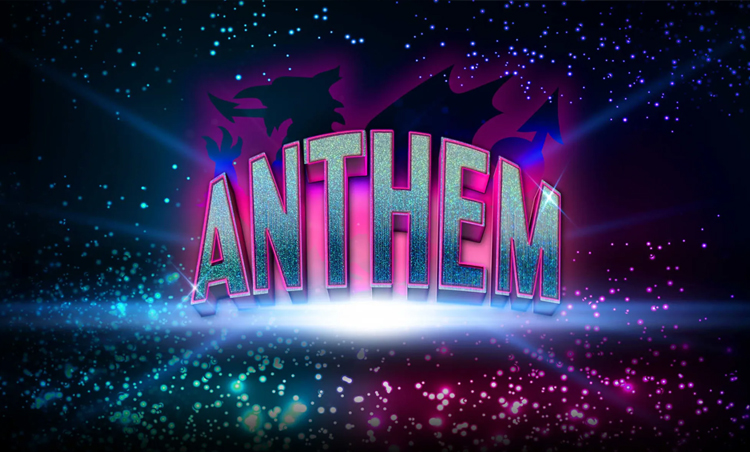 A top creative team has assembled to create this brand new production – Llinos Mai is the author, who has co-composed the songs and music with Dan Lawrence; Alice Eklund is directing and Roger Williams as a dramatist.

Watch the drama and hilarity unfold – both on and off air – as the finalists from every corner of Wales get ready to compete to bring the title home. Are they longing for fame? Acceptance? Or just another trophy for Mam’s dresser?

Performed in Welsh at the Centre’s Weston Studio (30 March-10 April 2022), Anthem will be a love letter to the land of song, but with a tongue tight in its cheek. The cast will be confirmed in due course. Anthem will be suitable for Welsh learners and fluent Welsh speakers alike, and there will be two performances with additional English-language captions.

The show marks 10 years since the Wales Millennium Centre staged their own first show – Ma’ Bili’n Bwrw’r Bronco, which was first performed at the Centre in July 2012.

Anthem author Llinos Mai said: “Anthem is a show full of comedy, songs and a love of Welsh culture and music. Quite simply, I’ve created the kind of show we’d love to see in the theatre!  I am delighted to work with Wales Millennium Centre to create Anthem, which is such an ambitious Welsh show. It’s going to be a fun evening and we all deserve that at the moment.”

Director Alice Eklund said: “I’m really excited to be staging Anthem – there will be many elements coming together to create this show; original songs and script, film and digital work, together with the traditional elements of theatre with a shiny and flashy twist! It’s been a privilege to work with Llinos on this piece, it’s a great opportunity to show how important Welsh voices are and not to underestimate the caliber of the Welsh scene. It’s ambitious and fresh, and it promises to be a night to remember.”

Producer Branwen Jones said: “This is an example of Wales Millennium Centre’s commitment to creating contemporary work, rooted in the specific culture of Wales. And at a time when we’re longing to celebrate the Welsh community and spirit, this is the perfect production for us to stage. I’m sure audiences will be thrilled with the talents of the creative team, the catchy songs and the characteristics of the over-the-top characters familiar to us all. It’s such a privilege to announce Anthem; the first of our own productions in 2022.”

Writer Llinos Mai is a comedy writer, songwriter and performer. She is best known as the creator of The Harri-Parris shows. She has written and performed in two stage shows (The Leaving Do and The Big Day) as well as three series of The Harri-Parris Radio Show for BBC Radio Wales. She has also written an episode of the comedy drama Cara Fi  for S4C, comedy sketches for three series of Cacwmwnci also for S4C, and Meiddio Meddwl, an audio tour for Theatr Iolo and the National Eisteddfod of Wales. Recently she has written comedy songs for Dechrau Canu Dechrau Cwyno for S4C online. Her song Dim Dyna Enw Fi!, based on her experiences of having a name many (most!) can’t pronounce, had over 40k views. She has also written and presented a new children’s comedy podcast, Hanes Mawr Cymru for BBC Sounds and is currently under commission to write a new comedy drama for Theatr Genedlaethol Cymru.

Director Alice Eklund is a multi-disciplinary artist based in Cardiff. She predominantly works as a theatre director and dramaturg on women-led new writing for plays and musicals. She is currently the Literary Associate at the Sherman Theatre. As a queer, bilingual artist living with a disability, she’s also interested in developing pieces that push the norm and boundaries of Welsh language theatre. Over the years Alice has worked with a number of companies such as National Theatre Wales, Wales Millennium Centre, Sherman Theatre, Theatre Uncut, Goodspeed and The Other Room. Alice is also the founder of BolSHE, a women-led creative collective, platforming and celebrating the voices of creative Welsh women.

Curtains – A Musical Whodunnit Opened at the New Theatre Cardiff

Snow White and the Seven Dwarfs Opens at the New Theatre