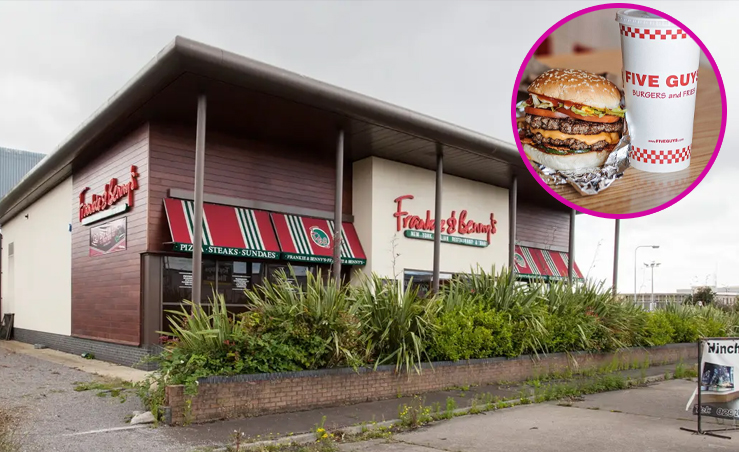 Plans have been submitted to transform the old Frankie and Benny’s on Newport Road into the popular American burger chain.

The burger chain was first established in Washington DC in 1986 by the Murrell family, offering their famous freshly prepared and high quality burgers and hand cut fries.

A popular burger chain has submitted plans to open a new branch in Cardiff.

Five Guys, which captures classic American staples such as burgers, hot dogs and milkshakes, has submitted plans to Cardiff Council to open in the former Frankie & Benny’s restaurant On Newport Road, which has been empty since April 2021.

Five Guys has proved to be a hit with burger fans in Cardiff when it opened a restaurant at the Red Dragon centre and the Brewery Quarter.

The Big Daddy is back in Aldi for one day only!

A Steakout Meat House is set to open in Cardiff