Author It's On Editorial 125 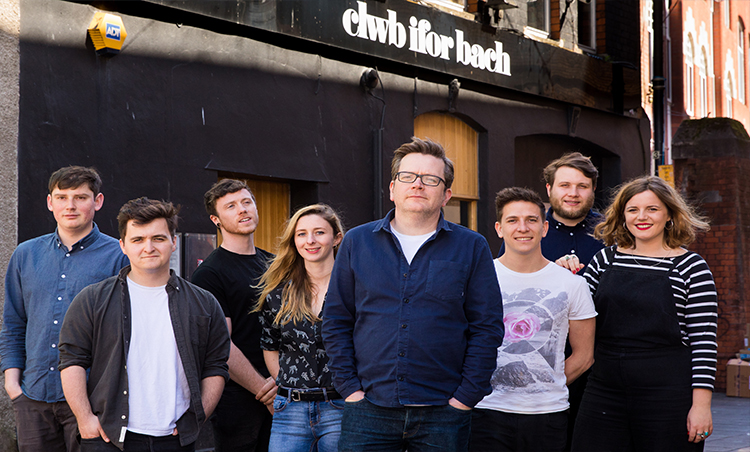 Sŵn Festival will return to Cardiff this autumn with an array of new music from Wales and beyond, the first in the hands of new management – the team behind Clwb Ifor Bach.

The legendary Cardiff venue has announced the takeover with the first wave of acts as it continues to bring the best up and coming artists and well-known names to the Welsh capital.

The long standing multi-venue festival, now it its twelfth year, will take place from Wednesday 17 – Saturday 20 October and tickets go on sale this Friday (15 June) at 9am.

And with Clwb at the helm, the 2018 line-up does not disappoint.

On Wednesday 17, Gwennowill bring her psychedelic sounds to Tramshed with support from Adwaith,Audiobooks, Halo Maudand Heavenly Jukebox DJsin a show curated by the Welsh songstress and Heavenly Records.

Thursday night will see The Great Hall rocking with the grungy guitars of Drengeand jangly riffs of Melbourne’s Rolling Blackouts Coastal Fever, with further support to be announced.

A weekend Sŵn fans will be more familiar with will kick off on Friday 19 with the magnetic party rock noise of Boy Azooga, the latest sensation to come out of Wales enjoying air time on Radio 1 and Later…with Jools Holland, plus their debut album ‘1, 2, Kung Fu’ released just last week.

In addition, Norwegian daze-poppers, Great News and the multi-instrumentalist and producer, Cosmo Sheldrakebring groove and minimalismwhilstMontreal’s Suuns(pronounced ‘soons’) couldn’t be more apt for the festival.

Guto Brychan, Chief Executive of Clwb said, “Many people think of us just as a live music venue, but more recently we’ve been putting on events in other venues and locations around Wales. Providing a showcase for emerging artists and developing new ways to nurture them is core to what we do. When John suggested they wanted to handover Sŵn,it was the obvious next step for us to continue to grow and we are excited to be taking the helm and continuing its legacy.”

Sŵn, founded by Radio 1 DJ Huw Stephens and John Rostron in 2007, was the first multi-venue music festival in the UK outside of London, inspired by trips to SXSW in Austin, Texas and Iceland Airwaves in Reykjavik.

Over the last ten years Sŵn has hosted bands who’ve gone on to bigger success such as The Vaccines, Alt-J, Disclosure, Wolf Alice, Ghost Poet, Cate Le Bon, Ben Howard and The Staves.

Festival co-founder, John Rostron added: “When we established Sŵn we always envisaged that at some point we would hand it over to the music community and step away, and we now have the right opportunity to do this. It’s thrilling and exhilarating to step away yet know that Sŵn will continue to develop in new hands. Without doubt it will be weird to go and not have any work to do, but I’m looking forward to being free to see as many bands as humanly possible that week.”

Drenge, who have played at the festival previously said: Five years since we played in pyjamas, and 6 years since all our equipment packed in, we return to Sŵn Festival. A little older, a little wiser, but with fire in our bellies and ready to set Cardiff alight. Cymru am Byth!”

Sŵn Festival returns Wednesday 17 to Saturday 20 October 2018. Tickets go on sale on Friday 15 June, 9am. For more information and to be the first in the queue, visit swnfest.com, join the mailing list or follow @swnissound #swn2018

Free screening of The Greatest Showman on Barry seafront

Ty Madeira opens in The Louis

That’s the spirit: the Cardiff cocktail bars named best in the UK

Author It's On Editorial 229
Heading back to the daily grind can be pretty damn awful after a weekend spent watching Glastonbury rocking out on your sofa, or maybe...
Read More
Uncategorized

Author It's On Editorial 97
The current Scarlets boss will take over from Warren Gatland, who is scheduled to step down after the 2019 Rugby World Cup when he...
Read More