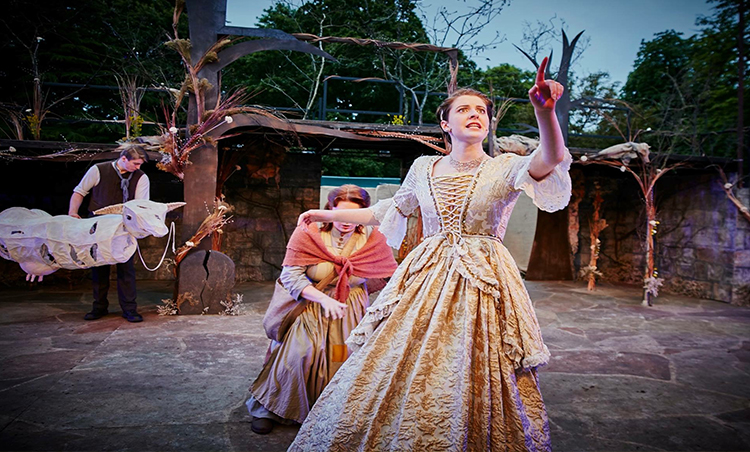 Win 4 tickets to see  seussical Jr live on stage as the Cardiff Open Air Theatre Festival celebrates the launch of their 36thFestival.

Promising to be the perfect family day out, Cardiff Open Air Theatre festival  is giving one lucky person the chance to win a family ticket to see , seussical Jr live on stage. 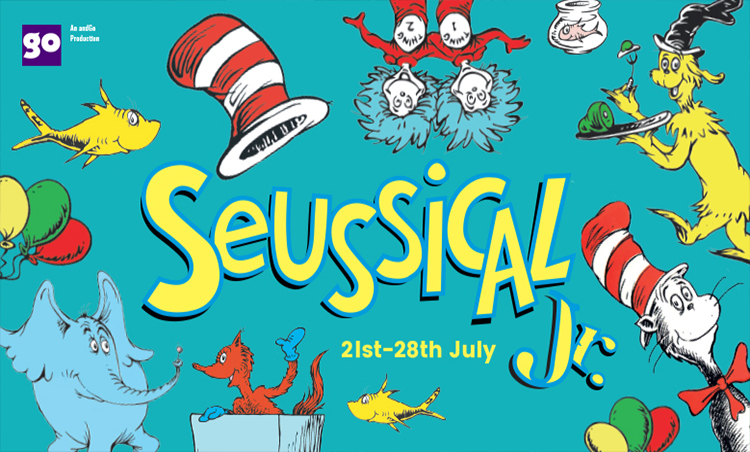 To be in with a chance of winning, all you have to do is

Now one of the largest Theatre Festivals of its kind in the UK, attracting over 14,000 visitors, Cardiff Open Air Theatre Festival is offering 8 productions to satisfy the cultural appetites of the Capital City.

This festival provides theatrical productions of the highest quality yet without the elitist price tag. Affordable theatre for everyone, in the heart of the city!

Money! Portia has it, Bassanio wants it, Shylock loans it, Antonio borrows it.

Directed by Simon H West, his 14thProduction for the Festival!

We are proud present a new addition to the Festival, the film screening of the riotous and raunchy Rocky Horror Show! From the producers of the smash hit “Sing-a-long-a Sound of Music” this camp cult classic gets the Singalonga treatment it’s been SCREAMING for! Starring Tim Curry, Susan Sarandon, Meatloaf and Richard O’Brien, it’s the most outrageous, riotous, kitsch, wonderful romp ever.  If you’ve done The Time Warp before, you’ll never have done it quite like this.

Complete with vocal warm ups, subtitles (should you not know the words) and a goody bag with all the props you’ll require to making this an unforgettable evening.

Fancy dress is not obligatory but highly recommended!

Certificate 12A (not suitable for younger children)

Don’t Panic! The Home Guard will be marching into Sophia Gardens this summer. This much-loved British sitcom has been specially adapted for the stage and has all your favourite Walmington On Sea platoon characters. Directed by award winning director Peter Doran (Winner of the Best Director Wales Theatre Awards forGrav2016 and Belonging2017).

Back by popular demand! A celebration of musical theatre showcasing re-imagined classics and hidden gems.

Performed by a hand picked cast of professional musical theatre actors a large number with West End credits, this sell out event last year was a huge festival hit!

A heartwarming and hilarious musical that will delight audiences. Tevye & the colourful community of Anatevka witness his daughters fall in love in a time of extraordinary change.

And Go Productions return with Seussical Jr, a madcap musical for all the family featuring all your favourite             Dr Seuss characters, including The Cat in the Hat and Horton the Elephant.

AndGo family musicals at Sophia Gardens never disappoint, with previous successes including Beauty & The Beast Jr, The Little Mermaid Jr & Peter Pan Jr. For all the young at heart!

Everyman Youth Theatre brings one of Shakespeare’s most demanding tragedies to the open air! An abridged version of this classic play, perfect for youngsters learning Shakespeare in school!

We are delighted to welcome back The Grazing Shed and their Super Tidy Burgers to The Festival Theatre Courtyard this year. Our Festival Bar will be open an hour before each performance to whet your appetite.

Under cover seating is provided prior to the performance, and don’t forget our audience stand is fully under cover and sheltered from the Great British summer weather…it’s only our actors who get wet!

Tickets can be purchased –www.cardiffopenairtheatrefestival.co.uk

Author It's On Editorial 230
With just a day to go until Cardiff’s Welsh arts and culture festival Tafwyl takes place, the organisers of the event have announced the...
Read More