Author It's On Editorial 316 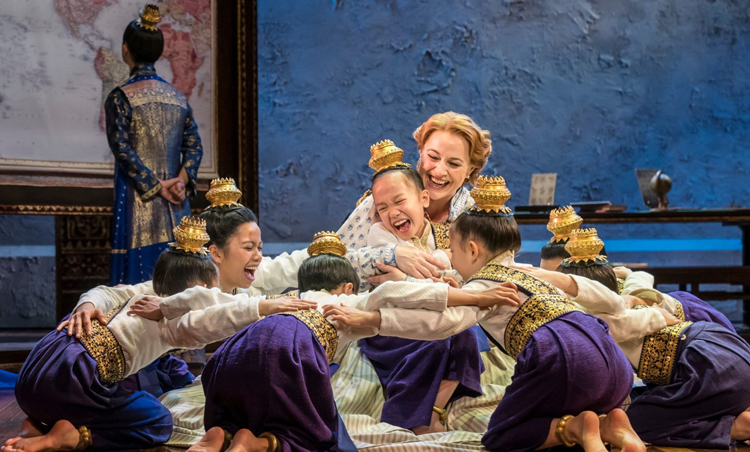 The multi-award-winning and critically acclaimed Lincoln Center Theater’s production of Rodgers and Hammerstein’s The King And I is coming to Cardiff.

The King And I is the greatest musical from the golden age of musicals – adored by the public and critics alike – with one of the finest scores ever written, including Whistle a Happy Tune, Getting to Know You, and Shall We Dance, and featuring a company of over 50 world-class performers and a full-scale orchestra.

Set in 1860s Bangkok, the musical tells the story of the unconventional and tempestuous relationship that develops between the King of Siam and Anna, a British schoolteacher whom the modernist King, in an imperialistic world, brings to Siam to teach his many wives and children.

Following a record-breaking season at the London Palladium, the spectacular production will now embark on a major UK tour from Spring 2019. With one of the most recognisable scores ever written including ‘Whistle a Happy Tune,’ ‘Getting to Know You,’ and ‘Shall We Dance,’ this incredible production features a company of over 50 world-class performers and a full-scale orchestra.

Seen by one million people globally and winner of four prestigious Tony Awards, the stunning set includes 22,000 handmade flowers, 250 square metres of gold leaf and requires 8 trucks to move the production between theatres. Nearly two miles of fabric was used to create the costumes, including the 40lb ballgown worn by Anna.

Directed by Tony Award winner Bart Sher (South Pacific & My Fair Lady – Broadway), this is a once in a lifetime opportunity to witness this glorious production as you have never seen it staged before, celebrating the lavish heritage of the very best in romantic musical theatre.

Author It's On Editorial 841
Outdoor Cinema has exploded in recent years with many companies staging pop up cinemas in locations across the UK. Cardiff now has a growing...
Read More

Review : School of Rock the musical

Take That tour: How to get tickets for their Cardiff stop