Author It's On Editorial 360 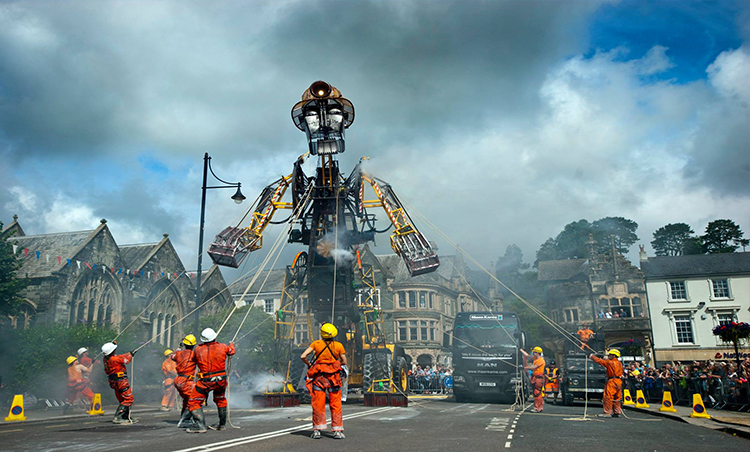 If you missed the largest mechanical miner ever constructed in Britain when it made its way across Wales last April, then you are in luck.

The Man Engine is a 36ft tall miner powered by Volvo, so it makes sense that he will be making a visit to the Ocean Race Stopover Festival as part of it’s 2018 Resurrection Tour.

The huge mechanical giant, which is part man, part machine is coming to Cardiff from Saturday 9th June at 6:15pm.

Described as an “engineering miracle,” the Man Engine was created by Golden Tree Productions in Cornwall as a striking tribute to mark the tenth anniversary of the Cornwall and West Devon Mining Landscape being added to the UNESCO list of World Heritage Sites.

Powered by Volvo’s L220 wheeled-loader, the Man Engine’s performance will begin at 6.15pm which will be followed by musical performances by brass bands.

The Cardiff Stopover village has already attracted over 100,000 visitors in it’s first week with a packed programme of free activities over half term and the Nofit State Circus’ new production Lexicon. The second week promises even more .

Tickets are FREE and at 11.2 metres tall, he is sure to impress.