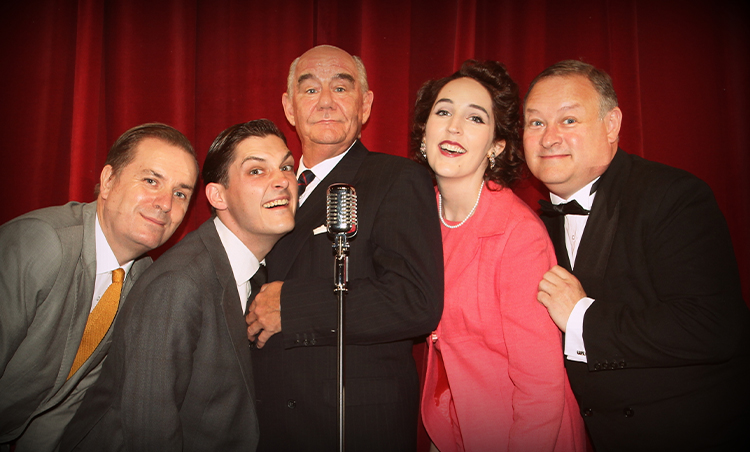 Back for its 50th-anniversary tour, Round The Horne has just come on the air at the New Theatre. It’s a simple concept; 5 comedians, 3 mics and a whole lot of sketches. If you remember the golden age of live radio comedy then this is absolutely the show for you.

This week you can tune in for a comedic radio classic brought to you by the producers of The Goon Show and Hancock’s Half Hour. This show brings to life the golden age of British radio when folks up and down the country would tune in to hear the latest ground-breaking episode of Round the Horne. Up to 15 million people used to tune in to the wireless every Sunday afternoon for a half-hour of spoofs and skits. To put that into perspective, that’s around a quarter of Britain eagerly listening to a group of comedians workshopping characters and generally causing mischievous mayhem live on air. So it’s no wonder the show has endured over five decades to be recreated this week in the New Theatre. 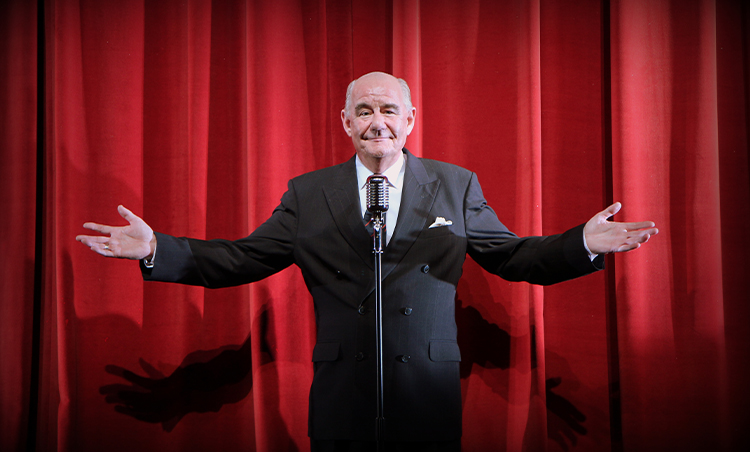 The cast clearly had a lot of fun together tonight and they are great to watch bouncing off each other. The material was solid but it took a certain charisma to pull it off, which by the sounds of the cackling audience, they managed nicely. Some of the best moments in fact were when the audience laughed too much and interrupted the flow of the current skit, allowing Colin Elmer, in particular, to have some fun and throwback some heckles. They certainly managed to break the 4th wall of radio and make the transition to theatre feel like a natural progression for the show that is still played on BBC Radio 4 to this day.

But this is all well and good for the initiated of Kenneth Horne’s famous radio show, but how to describe it to a prospective fan. Just imagine if you crossed the dry one-liners of Ken Dodd, with the facial expressions of Mr Bean and the humour of post-war Britain and you’re on the right lines. Round The Horne is a show that is very much ‘of its time’, and if you love that time in the history of comedy then you’re absolutely going to love this homage.

Overall, I give this one 4 horns out of 5. The jokes may not have all landed with me, but I cannot deny the undeniable. The audience absolutely loved it! The comedy we have today is tailored to the current times; if you want a well-constructed, lovingly written throwback to the old school stylings of 60’s radio, then Mr Horne is your man. You shouldn’t let it pass you by.

Gruffalo’s Child at the New Theatre