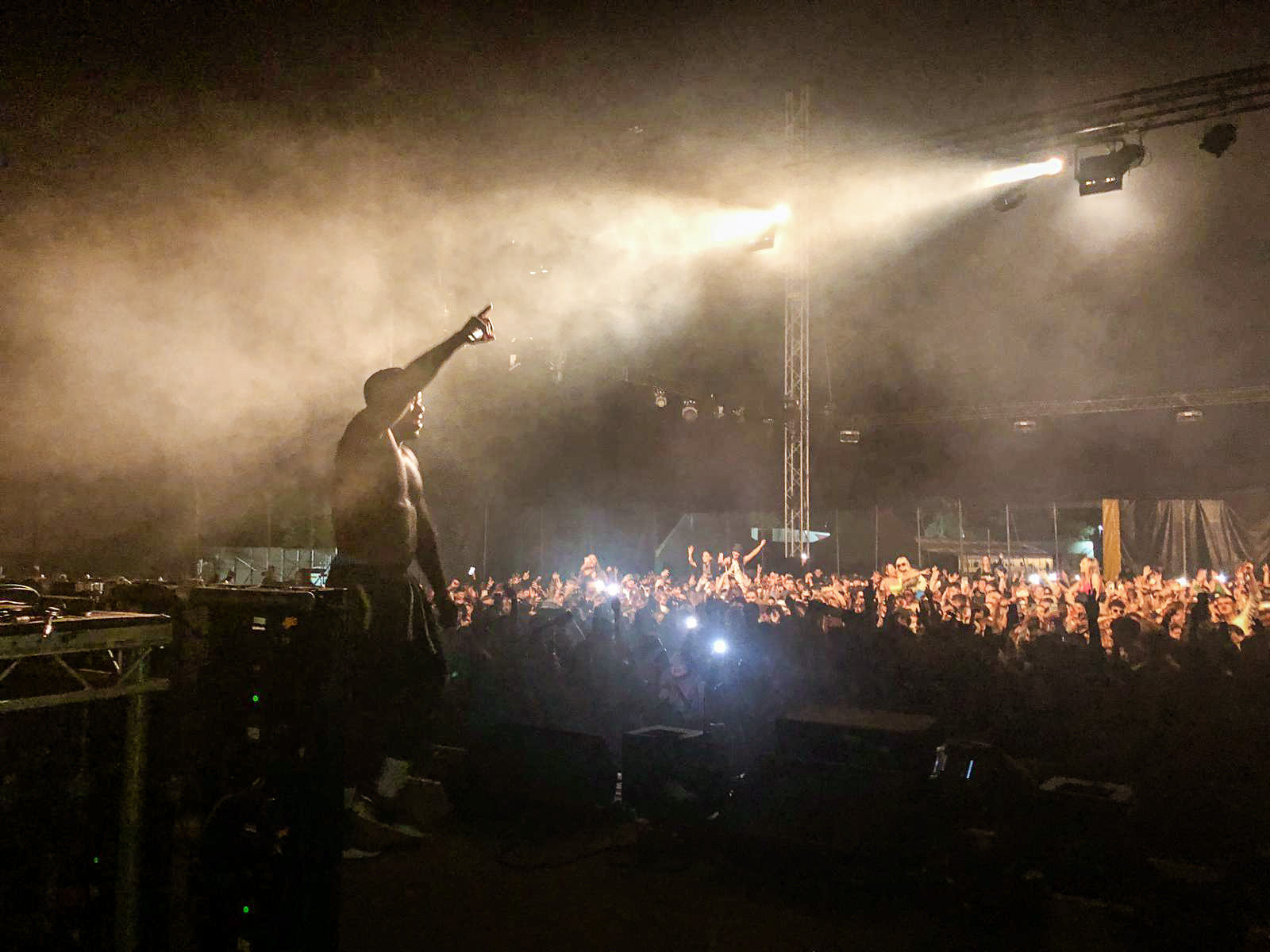 This year’s Inside Out festival has sadly come and gone, a weekend of live DJ sets ranging from local striving artists, to top heroes in the game; Inside Out festival is a collaboration of bringing people together, networking and a whole lot of fun!

It’s Sunday, it’s raining heavily, and the wonderful Bute Park has become a muddy swimming pool swamp, but did that stop anyone having a great time? It sure did not! Festival goers were not put off with the shady Welsh weather and made the most of the day.

As arrivals came through the gates, the three stages were prepped and ready to press play! Kicking off the event with AJ/72, Alex and Jamie, two local guys from just outside of Cardiff were eager to get going and jump into their setlist.

AJ/72 are a part of the Escape Academy, a fantastic forum that supports new up and coming DJs trying to break into the scene and build up their experience with live shows.

The duo smashed it and are definitely ones to keep an eye on!

Festival goers bounced around the three tents throughout the day and dipped in and out of the excellent selection of food trucks lining the festival field.

Welshy had come all the way from Ireland and TobTok from Sweden for the event, a huge success for Cardiff and every tech house and house progressive lover’s dream.

Over on the main stage Hannah Wants brought in the crowds and certainly set the main stage up for a wild night before the headline act, British drum and bass band, Rudimental.

The crowd was pumped and ready for Rudimental to get their hearts racing and their legs going and the band did not disappoint.

Fans sang along to the songs in the crowd, waving their arms in the air and were treated to a live trumpet act during Rudimental’s number one tune ‘Waiting All Night’ featuring Ella Eyre.

The band’s closing song saw fire cannons set off, lighting up the stage, giving all a spectacle to remember and closing off this year’s Inside Out festival with a bang!