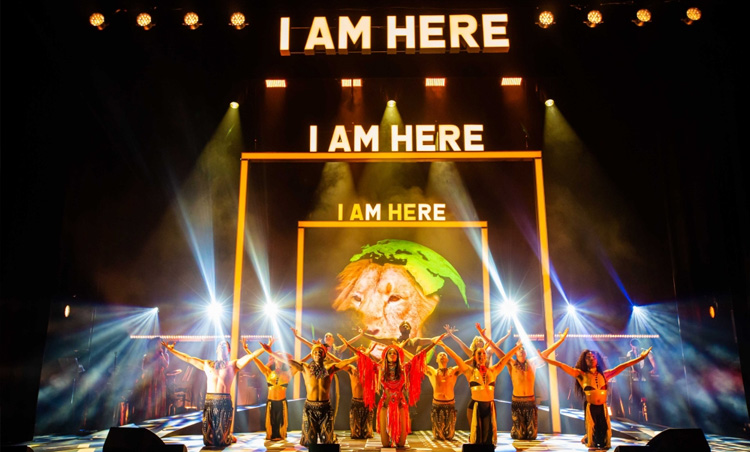 As she’s heads out on her first ever UK tour,  we joined the Strictly Come Dancing and The Greatest Dancer reigning champion backstage at the New Theatre to talk about her fantastic I AM HERE tour.

Oti’s tour has been at the New Theatre Cardiff from the 28th – 30th joined by special guests, The Greatest Dancer finalists…. the wonderful all-girl Latin American dance team,KLA.

I AM HERE (a direct translation of Oti’s name in the language Setswana, spoken in South Africa) is a whirlwind celebration of the influences and inspirations that took her on a journey from growing up in South Africa to following her dream. From mesmerising Jives and pumpingSambas to South African traditional dances, this is an explosive night of dance and music that will set your heart racing. Oti will also be joinedby some of the

world’s greatest dancers and the West End’s finest singers and musicians, for what is promised to be a night of electrifying choreography and like nothing you’ve ever experienced before.

Oti says, “It’s like a dream come true to be announcing my first ever tour! Performing on stage is something I feel sopassionately about, and I can’t wait to get out on the road and share my story with you all”.

Eight-time South African Latin American Champion, Oti is regarded as one of the most successful South African dancers in the world, regularly choreographing critically acclaimed musicals and is now a sought-after presenter and judge on UK television.

2022 has already been an incredible year for Oti, as well as being announced as the new judge on ITV’s Dancing on Ice, she has also been announced as the host for new primetime ITV dating show ’Romeo and Duet’ launched last Saturday. Check out the show here

I AM HERE will see Oti give over 57 performances during the tour, playing at the UK’s most prestigious venues.

The tour kicks off on the 28th April 2022 in Cardiff and covers all corners of the UK, including a date at the iconic London Coliseum on10th July 2022 .

Tickets are on sale now via www.otimabuse.com

Award-Winning Show School of Rock is Coming To Cardiff