Author It's On Editorial 960 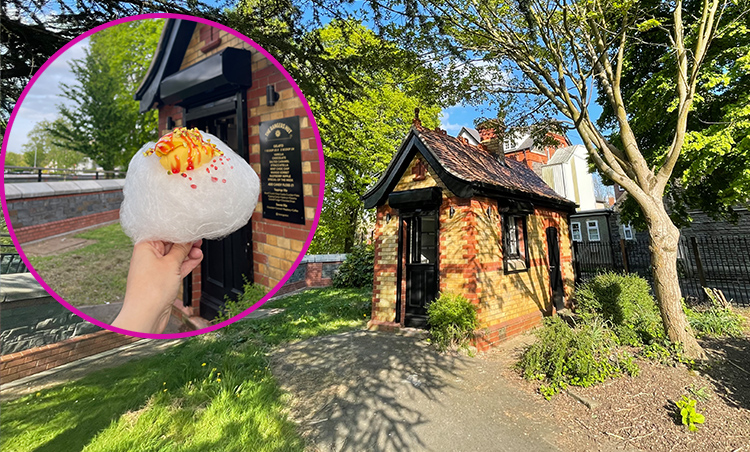 Situated just metres from the first ever tearoom in the Waterloo portfolio, The Rangers Hut, based in Waterloo Gardens (the park which inspired the brand’s name), has been lovingly restored. By working with Cardiff council, Waterloo Tea has been able to fund the restoration, bringing a beautiful piece of history back to its best.

The inspiration behind The Rangers Hut was to create the ultimate treat for kids and grown-ups visiting the park; freshly made candy floss, waffle boats and locally made gelato.

Luke Piazzon is the General Manager who will take care of the day to day running of The Rangers Hut. He explained, “Years ago, there was a delicious gelateria on Wellfield Road called Il Gelataio– they made the nicest gelato we’d tried around these parts. Since it closed, the owner, Gareth, has built a Willy Wonka-style gelato factory in his garage in Llanishen.

We tracked him down, and now we are working with Gareth to create new flavours which we will add to a list of classics, like Raspberry Ripple and Mint Chocolate Chip.

We thought that we could offer something a little bit different, and bring a smile to our local community, by combining gelato with everyone’s favourite childhood treat – candy floss.”

Once up and running, the team hope to encourage guest takeovers from local traders in the mornings, as well as the hut becoming a hub for fundraising and charity events to take place in the park. The Rangers Hut will also be serving tea and coffee to take away.

Waterloo Tea founder Kasim Ali added, “The last few years have shown us all the importance of outdoor spaces and embracing our local areas. Our hope is that the refurbishment of the hut will be something that everyone in the local area can be proud of.

In terms of the offering, it’s all about local, delicious and being mindful of the location. The great thing about gelato is that it’s served in a cone, so there is no single use, and no waste. We’ll be offering big discounts to people who bring their own reusable cups for tea and coffee; we want to make sure that The Rangers Hut never impacts the feel of Waterloo Gardens, as it is too special to us to allow that to happen.”

It is hoped that The Rangers Hut will open to passing trade within the next week – a ‘soft launch’ whilst the team gets to grips with their unique venture. From then on, it will open every week from Wednesday – Sunday, with extended opening hours for Bank Holidays and School Holidays. For further updates, follow instagram.com/therangershut.

Across the remaining five Waterloo Tea sites, the new Spring menu is in full swing, with a range of dishes featuring tea as a key ingredient; from the pulled jackfruit ciabatta with smoked tea BBQ sauce, avocado mayo and pickled red cabbage; to the Welsh Rarebit with leeks, smoked cheese & Yunnan tea (pics & more detail available by request).

Waterloo Tea not only supplies its own bricks and mortar venues across Cardiff and the Vale of Glamorgan, but also has a growing wholesale operation that extends through the UK and Europe.