Author It's On Editorial 301 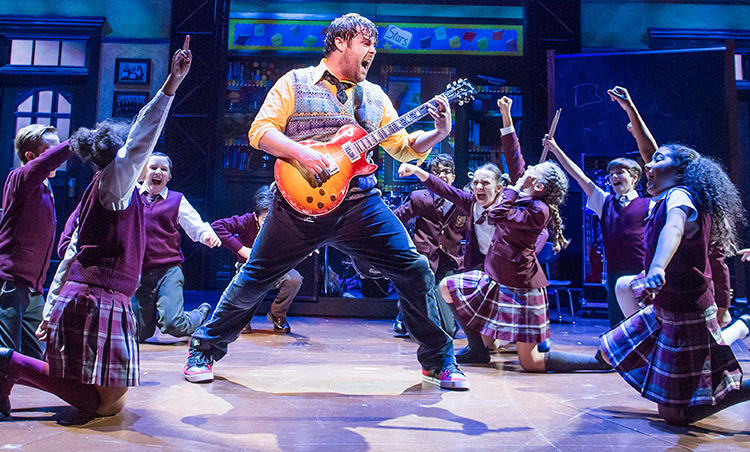 Class is in session – School of Rock is ready to give us a music lesson like no other.

Get ready to rock as Andrew Lloyd Webber’s Olivier Award-winning show School of Rock comes to the Wales Millennium Centre this May.

School of Rock is the global hit musical based on the iconic movie starring Jack Black. Wannabe rock star Dewey Finn is cast out by his dive-bar bandmates and finds himself in desperate need of cash. Posing as a substitute music teacher at an elite prep school, he exposes his students to the rock gods he idolises, transforming them into a mind-blowing rock band.

The musical adaptation will featuring 14 new songs from Andrew Lloyd Webber, all the original songs from the movie, and a band of insanely talented kids that play live every show, School of Rock will warm your heart and blow you away in equal measure.

The show, which is based on the 2003 film starring Jack Black and Sarah Silverman, will be turning up the volume in the Donald Gordon Theatre, in the Wales Millennium Centre from Tuesday, 16th to 21st of May.

8+ (no under 2s)
Please note that School of Rock contains occasional strong language and may not be suitable for very young children. Please be advised that smoke effects and strobe lights are used during this performance.

Beauty & the Beast – opening this week!