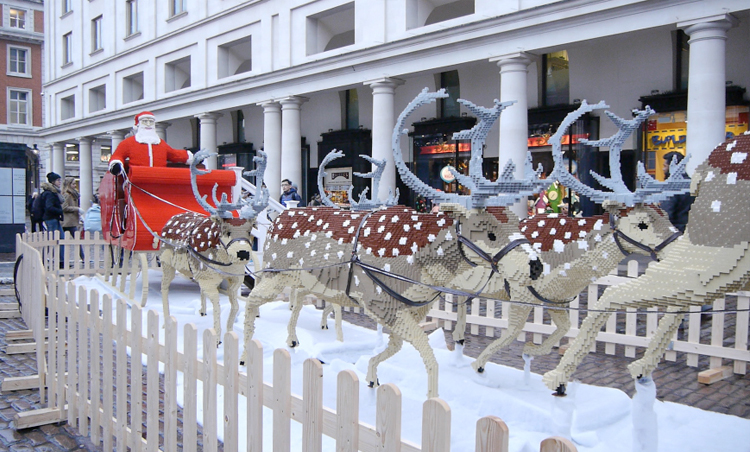 Take a magical ride in Santa’s Sleigh at Mermaid Quay in Cardiff Bay this Christmas time and let Dasher, Dancer, Prancer, Vixen, Comet, Cupid, Donner & Blitzen whisk you away on an adventure like no other! Santa, his sleigh and all 8 reindeer are all made with LEGO bricks – a total of 500,000 of them!

Mermaid Quay are following in the Lego theme this year and opted for something a little bricky this year. Instead of Santa’s post office that has been built over the past years they have invited  Bright Bricks back  to build a giant Santa in his sleigh and 8 of his helpers. 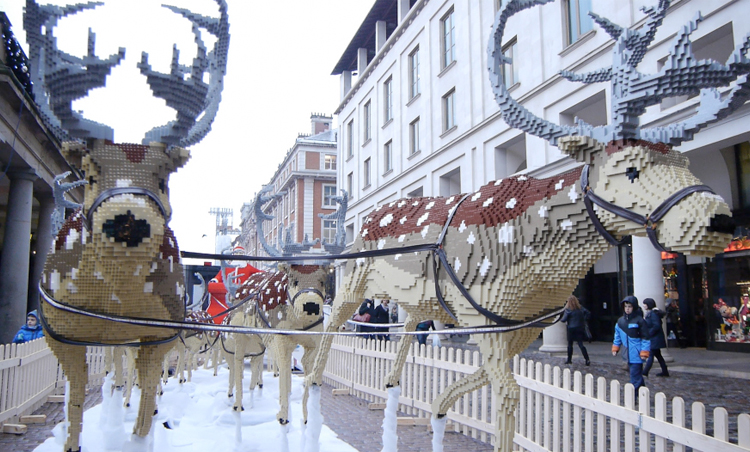 The incredibly detailed, models, which took 3 months to build, will be on display in Tacoma Square in the heart of Mermaid Quay from 1 December 2018 to 3 January 2019.

Visitors can even sit alongside Santa for the perfect Christmas selfie!

Welsh Water’s works will be suspended while Santa’s Sleigh & Reindeer are on display.

This event is not an official Lego event and is not sponsored, endorsed or otherwise supported by the Lego Group. The Lego Group do not accept any responsibility for any unforeseen outcomes linked to the event.