Author It's On Editorial 603 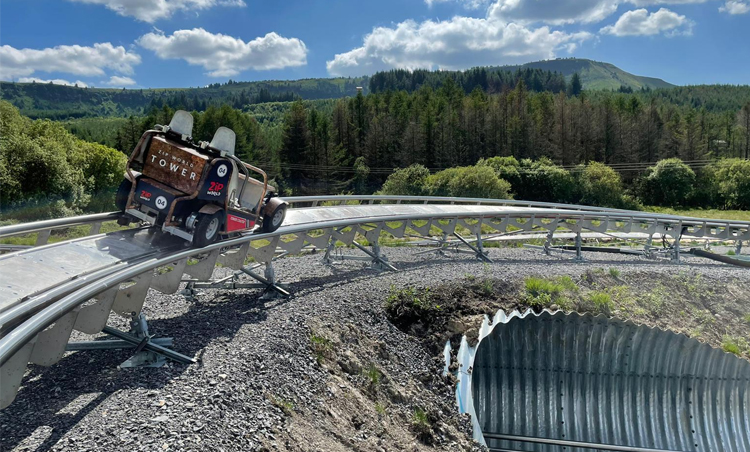 Zip World, the adventure company behind the fastest zip-line in the world, has today announced that Tower Coaster, the first rollercoaster of its kind in Europe, will open to visitors on July 3rd.

The Tower Coaster is an industrial style toboggan rollercoaster that will see visitors soar around the historic and iconic Tower Colliery site along a one kilometre track and reaching speeds of up to 25mph.

With tunnels, banked corners, dips and peaks, the Tower Coaster is an exhilarating way to see what was once the oldest continuously working deep coal mine in the UK up-close.

Set in the Rhigos mountain range with stunning views that overlook the Brecon Beacons, Zip World Tower has helped create a lasting legacy at the Tower Colliery site.

The latest announcement follows the hugely successful launch of Zip World Tower, which has already welcomed over 10,000 visitors since it opened in April 2021.

In what is the company’s first site outside of North Wales, Rhigos in the South Wales Valley has become home to one of the UK’s most impressive outdoor adventure locations.

The launch of Tower Coaster represents the next stage in the evolution of South Wales’s most exciting new tourism offering.

Sean Taylor, founder of Zip World, said: “Over the past couple of months, it’s been fantastic to see this new chapter in the Tower Colliery story and the excitement Zip World Tower has created in the local community and beyond. The Welsh tourism sector is bouncing back after going through some really tough times and it’s been incredible to see people come together to create special memories at our sites across the country once again.

“As we continue to grow our brand, we have big ambitions to keep investing in our sites to push the limits and further establish them as the best adventure locations in the world. The Tower Coaster is a result of lots of hard work by the team and we can’t wait to see you all there.”

Zip World Tower has already created 56 new jobs in the local area and with the impending launch of Tower Coaster, the company plans to recruit around an additional 25 new staff this summer to add to the growing team.

Andrew Morris, employee of Zip World, said: “My family has a close connection to the Tower Colliery site – with my father working there as a miner from 1984 until it closed in 2008. It feels surreal but incredible to know that I’m now keeping this alive with my role as an instructor. Since starting a few months ago, I’ve loved my work. It never gets old seeing those happy faces from visitors enjoying everything we have to offer here.”

First launching with Zip World Phoenix and Big Red back in April, the Tower Coaster completes an impressive offering at Zip World Tower.

The Zip World Phoenix is officially the world’s fastest seated zip line, with four parallel lines in two separate zip zones, and was given its name as a nod to the resurrection of the historic site rising from the ashes.

At 270ft, the Big Red is the largest mobile zip in the world – allowing mini thrill seekers to get their kicks too.

Whether you’re after an adrenaline-fuelled ride, or a relaxing coast along the tracks, the speed of Tower Coaster’s kart is in the adventurer’s hands so it’s an experience that can be enjoyed by all.

The Botanist will open their club house brand in Cardiff Bay

New Cocktail Bar Is Opening In The City Centre