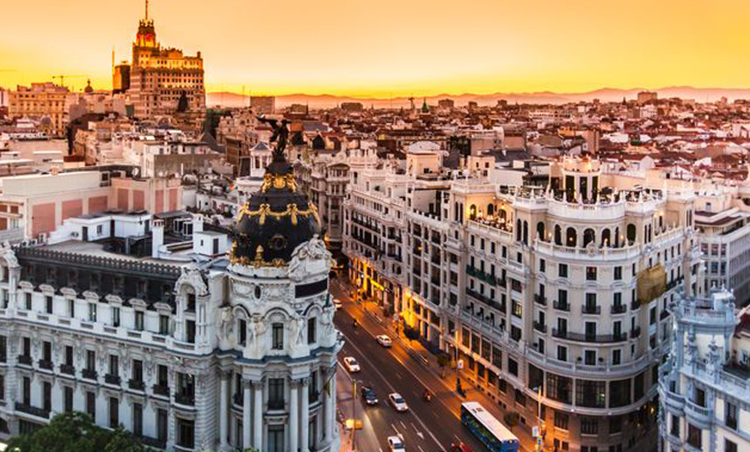 Spanish airline Iberia Express has confirmed that direct flights between Cardiff and Madrid will return from 14th June. Twice weekly flights will operate for the summer season on Thursday and Sunday, linking the capitals of Wales and Spain together.

The introduction of this route to Iberia Express’ 2018 summer programme follows the positive response it achieved last summer from both the Spanish and UK markets, including point-to-point passengers and passengers connecting via Iberia’s hub in Madrid.

Access to some popular destinations across South America from Wales’ national airport have also become even closer, with connecting times of under three hours when flying via Madrid to Buenos Aires, São Paulo, Havana, Mexico City and many more.

Home to Welsh football hero Gareth Bale, Madrid is popular with sport fans and is also an ideal location for a city break with art, history, fashion and a bustling foodie scene to explore and enjoy.

Tickets for this seasonal route are now available at iberiaexpress.com as well as via other Iberia Group sales channels, with prices starting from £42 each way when purchasing a round trip.

Trevor Martin, Chief Commercial Officer of Iberia Express said: “We are very pleased to restart service on the Cardiff-Madrid route this summer season. Our aim is to consolidate its position within our growing list of destinations, while maintaining the great service and value for money our customers expect from us. The route clearly reflects our commitment to the United Kingdom, which is one of the main markets for tourists coming to Spain.”

Deb Barber, CEO of Cardiff Airport, added: “Iberia Express came to Cardiff as a new airline partner last summer with an exciting new route to a capital city airport which is also a busy hub for connecting passengers. After positive feedback we’re really pleased that the airline has returned for a second year of flying passengers from Wales to the Spanish capital, and onwards to key destinations across South America.”

The news of the return of flights to Madrid for a second summer season comes following positive customer feedback when the route was launched as part of Iberia Express’ 2017 summer programme. The announcement also strengthens the airline’s commitment to the United Kingdom, where flights operate between Madrid and London Gatwick, Manchester, Birmingham and Edinburgh and from Asturias to London Heathrow. Additionally, Iberia – the parent company of Iberia Express – offers eight daily flights from London Heathrow to Madrid.

Iberia Express, the low-cost airline of the Iberia Group, operates short and medium-haul routes throughout Europe and also provides direct as well as feeder traffic to Iberia’s extensive long-haul network around the world, especially in Latin America. Iberia Express is a member ofoneworld, an alliance of eleven airlines, which offers passengers 14,000 flights every day to around 1,000 destinations across 150 countries. In 2017 Iberia Express was named the world’s most punctual low-cost airline, for the fourth year running, by flight data experts FlightGlobal.

May set to be warmer as possible heatwave heads our way.

New flights and holidays to Antalya for Welsh holidaymakers