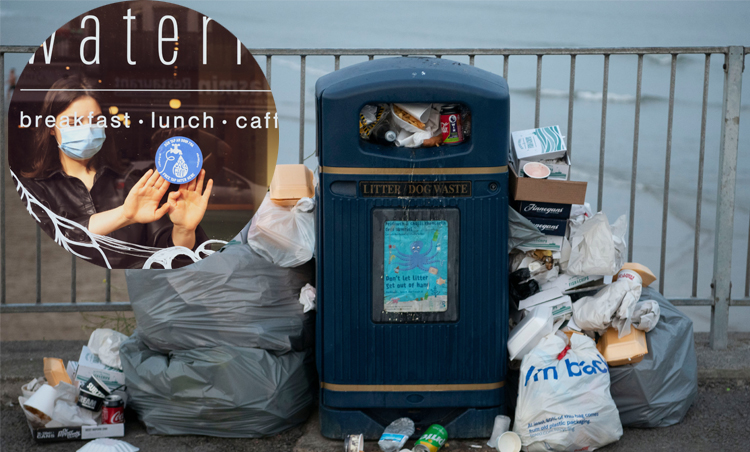 Environmental organisation City To Sea has been awarded £49,999 from the Landfill Disposals Tax Community Scheme (LDTCS) to help cut plastic pollution in Cardiff.

The funding, which will be administered by the WCVA over the next two years, will help to reduce single use plastic waste by growing the number of businesses offering refill and reuse options across the city.

The LDTCS funds projects within five miles of certain waste transfer stations or landfill sites. In Cardiff, it will fund the expansion of City To Sea’s Refill campaign, via their multi-award-winning app which connects people to places to eat, drink and shop with less plastic. 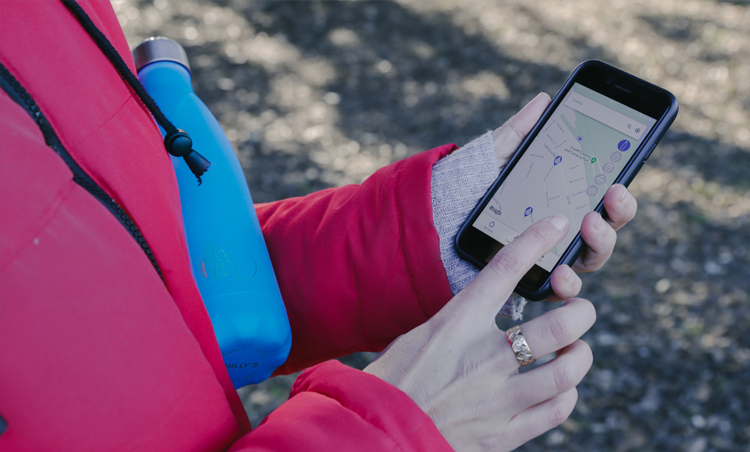 But it’s hoped that the expanded campaign will increase the number of locations and types of businesses listed on the app in Cardiff, helping to make ‘re-use and refill’ the new social norm. Customers will be encouraged to use the app to find out where to refill everything from their water bottle, coffee cup, and lunch box, to household cleaning products and toiletries.

Hannah Osman, Refill Wales Manager at City to Sea said, “We are thrilled to have been awarded this LDTCS Grant and will be working closely with communities and businesses in the Cardiff region to tackle the mountain of avoidable single-use plastic created every day. The long-term ambition is that the expanded Refill campaign will result in the Cardiff region being weaned off its reliance on single use plastic. Consumer demand will drive sustainable innovation in the sector, impacting behaviour change within businesses and reducing the amount of plastic waste flowing into our rivers and oceans.”

CARDIFF BUSINESSES GET BEHIND REFILL AND REUSE

As a result of public health concerns during the pandemic, many cafes and retailers in Cardiff temporarily stopped accepting reusables and increased their use of single-use plastic. This is despite experts stating that reusables are perfectly safe to use, and only 5% of customers feeling that single-use items are safer than reusables.[1]

So ahead of the first ever World Refill Day next month (16th June) City to Sea is encouraging a new wave of signups to the Refill app. They are welcoming businesses who already allow customers to bring their own containers or offer packaging- free options, or those who are looking to trial a refill service for the first time. Businesses are invited to use the app as a free marketing platform to drive footfall and increase sales.

New to the app this year is Kemi’s Café in Pontcanna. Patrick Nevins, who runs the popular independent café with his mum, Kemi, said “As a business, we are happy to help our customers reduce their reliance on single use packaging. We now offer free tap water refills and also allow customers to bring their own reusable coffee cups.”

Also recently signed up to the app is the Waterloo Tea chain of teahouses, which recently announced plans for a sixth site on Whitchurch Road.  Founder Kas said “Our tearooms have all recently been added to the Refill app; we display our sticker to let customers know that they don’t have to buy bottled water, they can refill their reusable water bottles with us for free. Next month, on World Refill Day, we will also be launching a new discount scheme for people who use their own takeaway coffee cups.”

Both businesses – alongside many others around Cardiff – can be seen adding Refill window stickers to their shop fronts in a new film aimed at driving business sign-ups, available here.

Other forward-thinking businesses in the food-to-go or retail sector are invited to share their involvement on social media using the hashtags #ReturnToRefill.

Jo Morley, Head of Campaigns at City to Sea said, “The pandemic unfortunately led to a huge increase in single-use plastic, but as move towards a sense of normality, we need to ensure we don’t see a repeat of the scenes of last summer where our beaches, parks and beauty spots were covered in pointless single-use packaging. Refill provides a simple way for businesses and consumers to take action to turn the tide on plastic pollution – as we prepare for the first ever World Refill Day next month (16th June), it’s time to get reusables back on the menu!”

Any business can sign up as a Refill Station and add their own details by registering for free on the app at https://refill.org.uk/get-the-refill-app/.

The Historical Grand Bar & Kitchen Returns to Cardiff This Weekend!