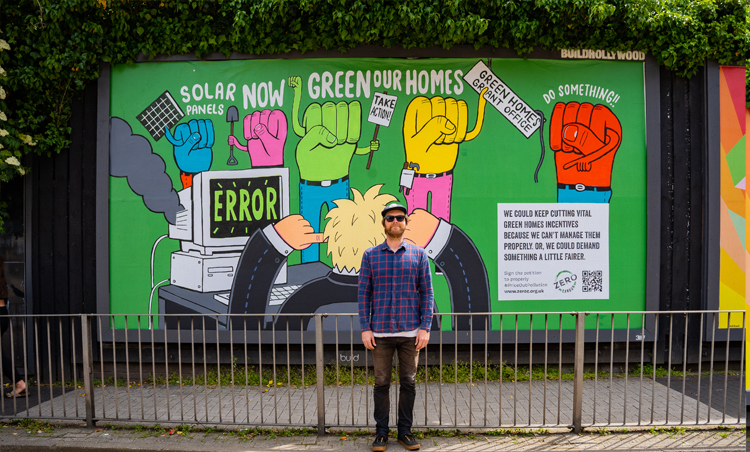 Local Artist Phil Morgan joins national wideMurals exposing how the Government’s pollution pricing policies are undermining the UK’s climate credentials, have been revealed by the Zero Carbon Campaign at billboard sites across the UK.

Created in conjunction with four local artists, the murals in Brighton, Bristol, Cardiff and London highlight how the Government’s recent proposals to allow new North Sea Oil and Gas exploration, scrap funding for the Green Homes Grant , cut Air Passenger Duty on domestic flights , and omit heavily-subsidised waste incineration from its carbon pricing scheme are at odds with its so-called “world-beating” climate ambition. 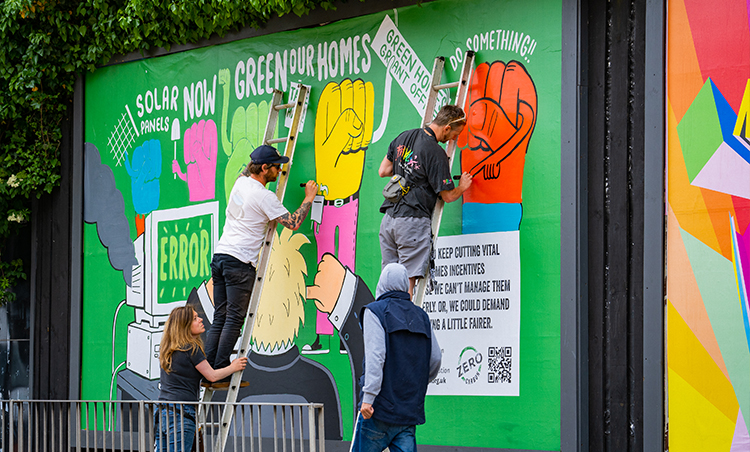 Political momentum behind pollution pricing has been building ahead of the G7. At the G7 Climate and Environment Ministers’ Meeting at the end of last month, ministers committed to properly embedding carbon prices into economic and financial policy making, and at Biden’s Leaders Summit on Climate in April, many of the leaders mentioned carbon pricing as a necessary tool in the climate change mitigation. Antonio Guterres, Charles Michel, Kristalina Georgieva, Xi Jinping, Angela Merkel, Vladimir Putin, Erna Solberg, Jacinda Ardern and Anna Borg all discussed putting a price on carbon in their keynote speeches. 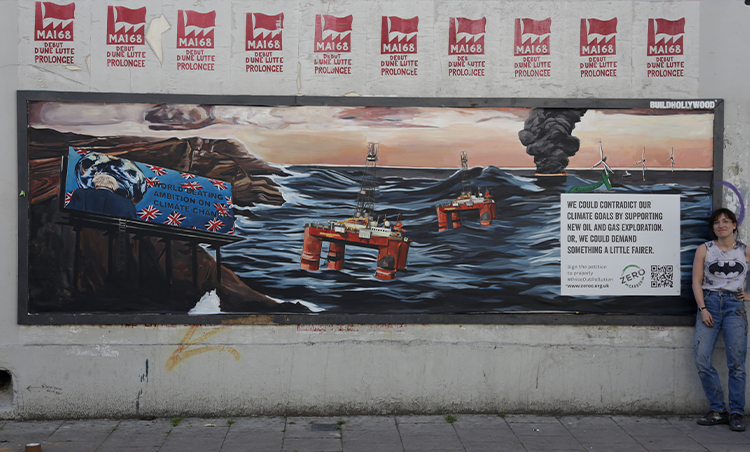 Commenting on the murals, Hannah Dillon, Head of the Zero Carbon Campaign, said:

“As hosts of both G7 and COP26, the UK has a prime opportunity to plug the gap between climate rhetoric and action, and show the world that we are truly committed to a green and just transition – at home and abroad. That’s why we’re calling on the Government to deliver on its claims of climate leadership by announcing support for stronger and fairer pollution pricing policy. The public wants polluters to pay for the damage they do, and the Government supposedly supports this principle. It’s high time they delivered on that promise.”

The murals urge the public to show their support for Government ambition on pollution pricing by supporting the Zero Carbon Campaign’s petition to introduce charges on carbon emissions [8].

“It’s a protest piece for the young children who are asking for their future to be saved – for the Government and greedy businesses to consider their life, consider their health. It’s time that everyone takes responsibility for the harm, for the damage they are doing to the environment. We as adults may not be here in 20+, 30+ years but how about we give the children a chance.”

The Zero Carbon Campaign’s petition was launched in February of this year after a survey of 2,000 adults revealed that seven in ten people support calls for a carbon tax that would make polluters pay for their greenhouse gas emissions. A similar number (67%) said that a carbon tax was a fair way to raise revenue, and there was strong support for redirecting revenues towards creating green jobs and retraining workers (45%), investing the revenues in clean energy (44%), and using them to fund the NHS (44%) [9].

The campaign has received support from a range of businesses, academics and activists, including Environmental Engineer and UNESCO special envoy Georgia Elliott-Smith – who has launched a legal case against the Government’s failure to include incineration emissions in the UK’s new system for pricing carbon [10]. 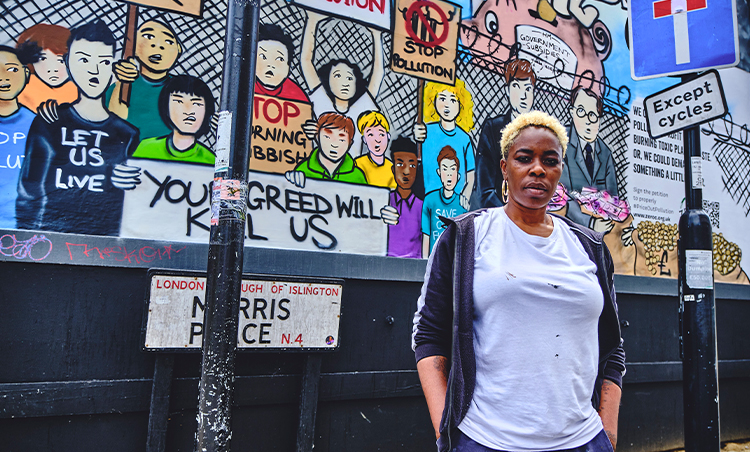 “While government ministers make bold speeches about climate ambition and public health, behind closed doors they devise policies that enable major polluters like waste incinerators and the fossil fuel industry to continue pouring out emissions. This billboard is located in Islington, one of the seven North London councils including Barnet, Camden, Enfield, Hackney, Haringey and Waltham Forest, that despite having declared climate emergency are financing a massive new £1.2bn incinerator in Edmonton. Waste from around the UK, half of which is recyclable, will be imported for burning in the heart of our community, damaging our health and our environment.” 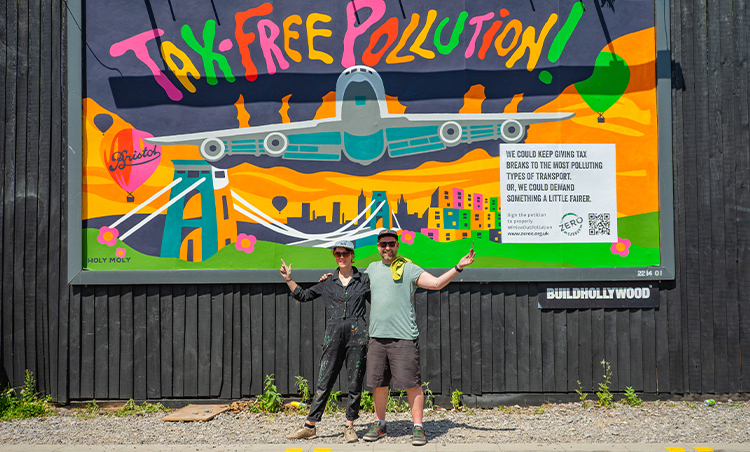 “It’s time to stop airlines’ taxpayer-funded free ride. Around the world, people are already paying the price of fires, droughts and storms as the climate heats up. Yet air travel, which is the world’s most polluting form of transport, pays a lower rate of tax than someone filling up at the pump to drive to work or buying a bike. If the UK is going to live up to its role as a climate leader we need to make polluters pay, not give them tax breaks – and make sure that they stop polluting. To tackle the harm aviation causes to the climate, we need a fair, progressive tax such as a frequent flyer levy, along with a tax on emissions.”

The Zero Carbon Campaign is urging the UK government to meet its net zero commitment through fair and widespread carbon pricing accompanied by the phasing out of fossil fuel subsidies.

Support on the Street for Wales at The Euros

CARDIFF: THE CITY OF ARCADES