Author It's On Editorial 461 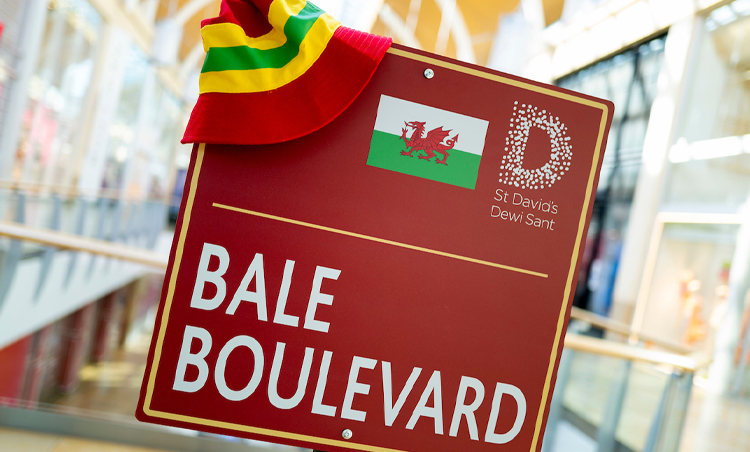 As a month of international football kicks off and with fans dreaming of Euro glory, support for Rob Page’s team is now firmly on the map as a street in Cardiff has been renamed ‘Bale Boulevard’.

The street, inside St David’s Dewi Sant Cardiff, has been given the temporary moniker in support of Wales, allowing fans to grab a street sign selfie during The Euros tournament which takes place in June and July.

James Waugh, Centre Director at St David’s Dewi Sant, said: “We are sending our best wishes to the Wales team for this tournament and hoping we can go one step further than the incredible achievement of the semi-finals at the last Euros.

“And if Wales do lift the trophy, we might have to make some permanent street renaming changes here at the shopping centre – here’s hoping.”

Street signs for ‘Bale Boulevard’, named after the Cardiff-born country captain and all-time leading goalscorer, are located between Goldsmiths and Crouch jewellers and, on the upper level, between the Stradivarius and Bershka fashion stores.

Fans can grab a selfie of the new street sign for the duration of The Euros which ends on Sunday 11 July.

Artists call for a price on pollution ahead of G7 summit

Burgers, Beers and a REAL GOOD TIME, coming to Cardiff Bay this October!

James Sommerin is set to move back to penarth