Author It's On Editorial 854 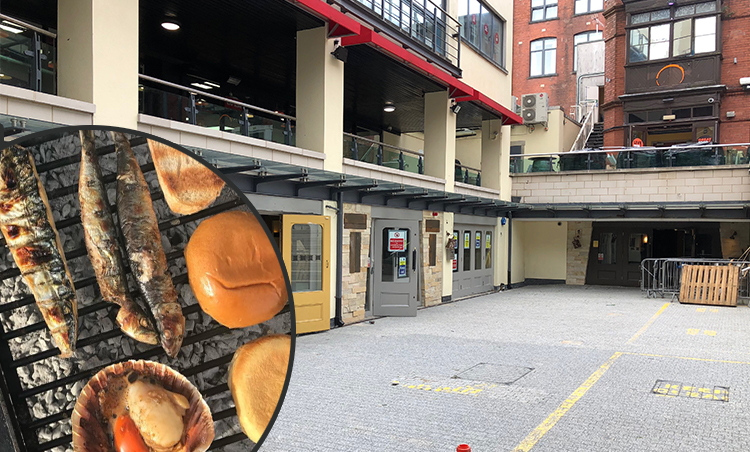 There’s a real buzz about street food these days. Not long ago it was mostly the reserve of market shoppers, music festival goers and people travelling around far-flung countries on gap years. But now not only is street food cool, it’s also producing some of the best and most innovative cooking around, all whipped up in warehouses, milk yards and city parks.

Inspired by the Street Food markets in London the Cardiff counterpart will be located on the same plot where Chiquoto’s used to be in the Brewery Quarter. It’s going to be called Sticky Fingers Street Food and we’re already licking our lips at the prospect of all that great grub.

There will be space for up to five independent kitchens, as well a craft ale and beer bar, and a separate cocktail and wine bar.

The new venue will also have the whole outside courtyard in the middle of the Brewery Quarter as undercover seating, a perfect setting to while away a relaxed afternoon or a fun evening.

The street food vendors rumoured be joining the Sticky Fingers Street Food are:

Hoof – A new collaboration from Dusty Knuckles Phil Lewis and Chef John Cook from Arbennig (Dirt). We don’t know much about this but if their current collaboration is anything to go, we’re sure it will be a huge hit.

Mr Croquewich – Darren Lewis of Mr Croquewich is one of Cardiff’s longest standing street food vendors and has been serving the best grilled cheese sandwich at festivals, pop-ups and events all over Wakes and we are thrilled to hear they will now have a permeant place in the city.

The Original Goodfillas company – A pop-up pizza van which has popped up at the Depot and various street food events across Cardiff over the past couple of years and has earned legions of fans.

The person responsible for this development is Matt Conolley, originally from Cardiff but has spent the past years in London. He has witnessed first hand the significant rise in popularity in street food in London and wanted to bring it back home to Cardiff after seeing the success of so many homegrown vendors doing so well.

“Street food is enjoying a golden period at the moment and people are more interested in the food and sharing an experience, rather than the surroundings. This is an opportunity for top class chefs to sell delicious food at a reasonable price and of course having fun”

Work on the new venue has already begun and the official opening will be Saturday 27th October. The venue will be open every Thursday – Sunday between 12pm and 12pm and 1am on a Saturday.  It will be free entry, welcoming all comers including families

Another secret cocktail bar is opening and we can’t wait!