Author It's On Editorial 418 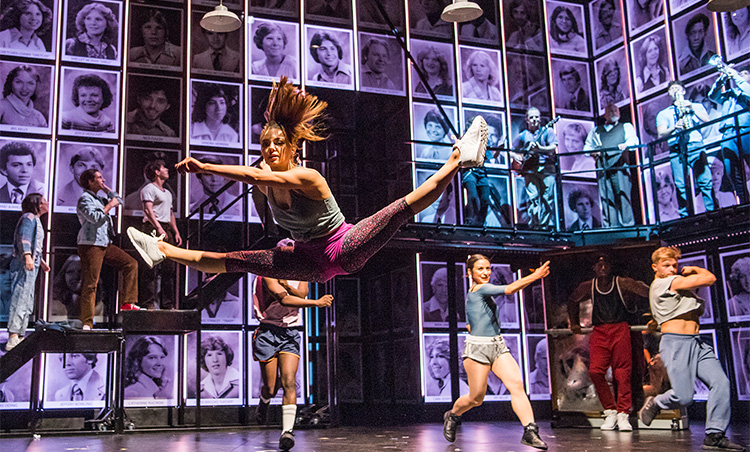 A brand new production of Fame – the Musical comes to Cardiff’s New Theatre next week from 24 – 29 September.

Mica Paris who joins the cast as Miss Sherman is one of the UK’s most respected female singers with top 10 hit singles and albums worldwide spanning her 30 year career. Most recently, Mica recorded a new single in honour of Ella Fitzgerald with Guy Barker orchestra. A well-known face on TV Mica has appeared as a broadcaster and presenter on shows including BBC 1’s What Not To Wear. Gok Wan’s Miss Naked Beauty for Channel 4 and ITV’s CelebAir and is also a regular guest on ITV’s This Morning and Loose Women. Mica also played American Jazz Singer, Amelia Walker in At Bertram’s Hotel – Miss Marple for ITV Productions. She presented The Gospel of Gospel for Channel 4 and was also a contestant on BBC’s Strictly Come Dancing 2006. Mica’s stage credits include Mama I Want To Sing, The Vagina Monologues and Sweet Lorraine in the West End and more recently Sylvia in the UK tour of Love Me Tender, based on the music of Elvis and Mama Morton in the UK Number one tour of Chicago. Mica says

“The movie Fame was a big favourite of mine because it really was the first glimpse of what the beginning process of becoming trained artist entailed – I’m so happy to be in the musical!”

Jorgie Porter, plays Iris Kelly and is best known for her role as Theresa McQueen in the Channel 4 drama serial Hollyoaks. Her nominations include Best Serial Drama Performance at the National Television Awards and Best Newcomer at the British Soap Awards. She played the role of Miss Croft in BBC1’s highly acclaimed remake of Are You Being Served. Jorgie was a contestant on the seventh series of Dancing On Ice on ITV and made it all the way to the final where she finished runner up, returning for Dancing On Ice: Champion Of Champions. Jorgie has also starred in many award-winning shows including I’m A Celebrity… Get Me Out Of Here! (ITV), Lip Sync Battle (Channel 5) & Celebrity First Dates in aid of Stand Up To Cancer (Channel 4). Jorgie says

“I am so excited to be making my stage debut playing Iris Kelly in Fame. The musical is one of my favourite ever films and I can’t wait to open the show in Manchester, my home town. I’ve not had a chance to perform ballet for a long time, it’s what I originally trained in – so I’m looking forward to getting my ballet shoes on!”

Based on the 1980 pop culture film, Fame – The Musical is a smash-hit show that has enthralled audiences for decades. It follows the lives of students at New York’s High School For The Performing Arts as they navigate their way through the highs and lows, the romances and the heartbreaks and the ultimate elation of life. This bittersweet but uplifting triumph of a show explores the issues that confront many young people today: prejudice, identity, pride, literacy, sexuality, substance abuse and perseverance.

The show features the Oscar-winning title song and a cast of outstanding dancers, singers, musicians and rappers as they transform from star struck pupils to superstars.

Author It's On Editorial 473
WORLD PREMIER FOR AMAZING DISPLAY OF BIG CATS MADE WITH LEGO®  BRICKS AT MERMAID QUAY THIS HALF TERM Mermaid Quay is putting the Tiger...
Read More