Author It's On Editorial 238 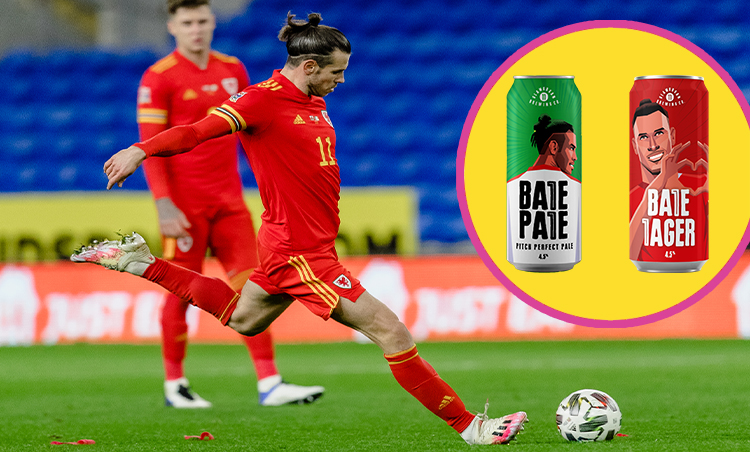 BALE ALE, BALE PALE & BALE LAGER TO BE AVAILABLE IN PUBS AND SUPERMARKETS ACROSS THE COUNTRY

As anticipation for the World Cup play-off final increases, you’ll soon be able to order a refreshing pint of Bale Ale, Bale Pale or Bale Lager whilst you watch the match at pubs and bars across the country.

The three beers, brewed by Glamorgan Brewery in collaboration with Gareth Bale’s Elevens Bar & Grill in Cardiff city centre, will also be made available to the off-trade, and will be hitting supermarket shelves in the next couple of weeks.

Bale Ale was initially brewed by Brains Brewery to celebrate the launch of Elevens Bar; the venue was a partnership between the brewery and the newly formed Elevens Group Ltd.

At the end of 2020, S.A. Brain announced that contracts had been exchanged with Marston’s plc. to operate its portfolio of pubs in Wales. As a result, Gareth signed a new 15-year lease, turning Elevens into a fully independent venue, co-owned by the Welsh footballer and his business partner Jamie Humphrys (Elevens Group Ltd).

Following this, Elevens teamed up with the award-winning, family-owned Glamorgan Brewery to create a new version of its signature ‘Bale Ale’. Bale Lager and Bale Ale soon followed.

Bale’s beers have proved popular with punters at Elevens, so now they are being rolled out to pubs, bars and supermarkets across the country.

Richard Anstee, Managing Director at Glamorgan Brewery said, “A pint of lager whilst watching the football is one of life’s simple pleasures. As an independent, family-owned business, it’s amazing to be working with Gareth and his team to give more people the opportunity to sample what we have to offer this summer.”

Wales star Gareth added “The feedback to our collaboration with Glamorgan has been great – we’re really excited to be extending the partnership; it’s especially nice to be working with a Brewery so local to me in South Wales, based just a few miles from where I grew up.”

Elevens Bar & Grill was the first step into the hospitality sector for the star footballer, who has since gone on to open Par 59, a bar, restaurant and mini-golf concept (also based in Cardiff city centre) which opened earlier this year. In April, permission was granted for Par 59 to begin work on a second venue in Harbourside, Bristol.