Author It's On Editorial 415 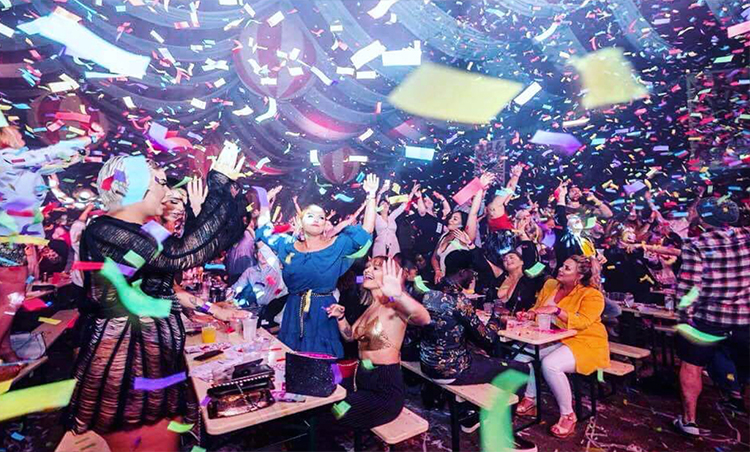 Grey skies, growling winds and puddled pavements can only mean one thing – our brilliant summer is finally over. But just because the sun’s taken its hat off doesn’t mean we have to clear our diaries until next June! There’s still loads of stuff going in and around Cardiff over the coming months, it’s just that most of it will be taking place indoors, or at least under cover, including the return of the brilliant Bongo’s Bingo to Tramshed, and the Welsh Beatbox Championship 2018.

As usual we’ve made a list of the very best things happening in Cardiff this week. Take a look and see what tickles your fancy.

Bongo’s Bingo are back after their recent summer break with more bingo-based madness. For first-timers this will be bingo like you’ve never played it before. Expect crowd-surfing inflatables, dance-offs, rave breaks and some truly terrible prizes. These events are always hugely popular and tickets sell like hot cakes. You won’t want to miss out.

Film and Comic Con is returning to the Motorpoint Arena on 22nd and 23rd September for another weekend of fancy dress, video gaming, celebrity meet-and-greets and autograph signings, and loads of TV, film and comic book merchandise stalls.

This Sunday the best beatboxers Wales has to offer will compete against each other in the hope of being crowned Welsh Beatox Champion 2018 in a number of different categories – main solos, loop station, tag teams and under 18s. Entries have now closed for all categories, however there’s still plenty of time to get a ticket and watch the talented competitors battle it out. All three judges are renowned beatboxers, so they know their stuff.

The Globe have got a treat for hip hop and dance fans on Friday. Multi-award winning DJ and producer DJ Yoda will be hitting the decks for a DJ set that will have the club bouncing. Yoda is known for his inventive, distinctive use of turntables, bringing a fresh approach to old school magic.

One of the best things about Cardiff City being in the premier league is that they are going to be playing host to some of the biggest teams in football. This weekend they are playing one of the biggest teams of all, reigning Premier League champions Manchester City. It’s going to be a huge game, and although Cardiff haven’t got off to the best of starts this season there’s still plenty to play for. We can’t wait for this one!

The Tiger Who Came to Tea

An adaptation on the widely-loved book, The Tiger Who Came to Tea is now a critically acclaimed musical which has done big business at the West End. And good news! It’s coming to Cardiff’s New Theatre on Saturday. Adapted and directed by David Wood OBE, one of British theatre’s most renowned talents, wonderful family show is sure to have both children and parents singing along.

Rock legends Europe are coming to St. David’s Hall on Friday to play a set made up of songs from their new album Walk the Earth alongside all of the hits that have made the band household names since they first formed in 1979. The band’s most famous album, The Final Countdown, sold over 15 million copies worldwide. The countdown to Friday is well underway.

The Wahala Comedy Class: Jamaica vs Africa is finally coming to Cardiff’s Glee Club on Saturday. Considered to be Europe’s most successful urban comedy event, the show sees comedians battles it out live on stage, think 8 Mile but with a lot more laughs. One round has a theme which the comedians must base their material around, while another sees comedians from opposing teams go head-to-head. The show has already sold out in London, Birmingham, Manchester, Nottingham, Sheffield and Leicester.

Cardiff Gin Club have got the perfect tonic for your end of summer blues. On the 22nd & 23rd September they will be hosting a gin masterclass on Flat Holm Island, giving you the chance to taste and learn about a variety of gins from some of Cardiff’s leading gin experts.

One of Bay Island Voyager’s RIBS will pick you up from Cardiff Bay, take you through the barrage and across to Flat Holm Island, which is about five miles off the coast. There will be plenty of time to explore the island, its beautiful surrounds and its fascinating history, before heading indoors with the Gin Club team. Once your inside you’ll be able to sample a wide range of different gins while the experts ply with you with interesting facts about their origins and ingredients.

Lou Lou’s Vintage Fair is taking place in the iconic City Hall on Sunday. The popular event allows you to browse through forty stalls of vintage iteams, stop for a slice of cake at the tea party, and perhaps even get a makeover at the pop-up salon. There is no more sophisticated way to spend your Sunday!