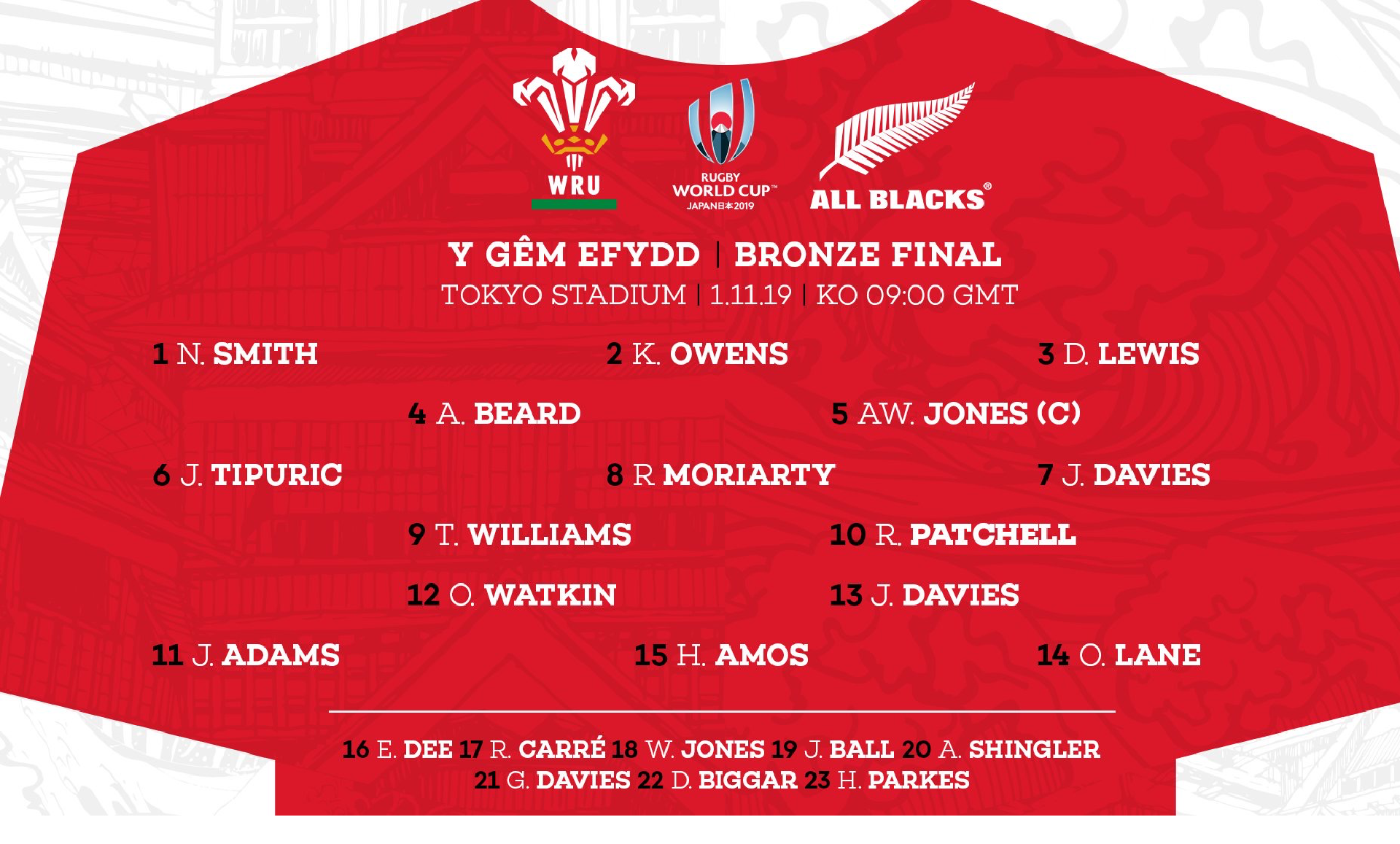 Wales have named their side for their 2019 Rugby World Cup Bronze Final match against New Zealand in Tokyo on Friday (November 1 KO18.00).

It’s going to be an emotional final game for head coach Warren Gatland as he prepares to face up against his own country.

He has made nine changes to his side for what will be his final match in charge, drawing to a close his hugely successful tenure as Wales coach.
Nicky Smith and Dillon Lewis come into the starting side in the front-row to join Ken Owens, whilst Adam Beard returns to the starting line-up to partner captain Alun Wyn Jones.
James Davies comes into the back-row alongside Justin Tipuric and Ross Moriarty.
Tomos Williams and Rhys Patchell form a new half-back partnership for Wales whilst Owen Watkin features alongside Jonathan Davies in midfield.
Josh Adams, who currently leads the try scoring charts at the RWC, remains in the back three alongside Owen Lane who comes in on the wing and Hallam Amos at full-back.
Elliot Dee, Rhys Carre and Wyn Jones provide the front-row replacements on the bench with Jake Ball and Aaron Shingler completing the forward contingent.  Gareth Davies, Dan Biggar and Hadleigh Parkes provide the backline cover.

THE MORMONS ARE COMING TO CARDIFF!