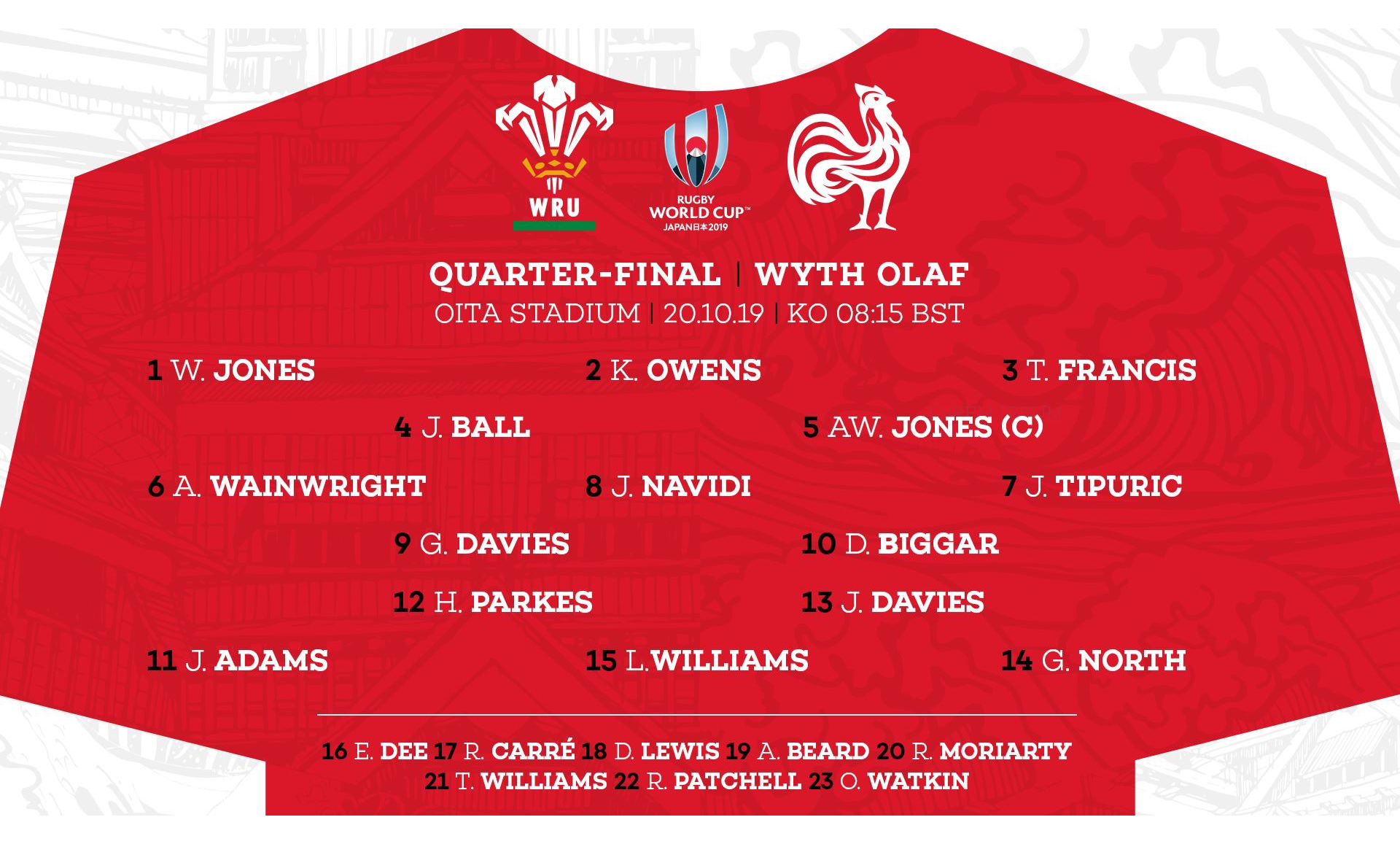 With no injuries or worries, Warren Gatland has chosen the same side that beat Australia to face France.

Wales have named the same starting XV that beat Australia in their Pool D clash for Sunday’s Rugby World Cup quarter-final against France in Oita (Sunday October 20, KO 16.15 Japan).
Warren Gatland’s side finished top of Pool D with four wins from four and have returned to Oita for this weekend’s encounter.

Wyn Jones, Ken Owens and Tomas Francis once again comprise the front-row.
Captain Alun Wyn Jones, who packs down alongside Jake Ball in the second-row, will move third on the all-time international appearance list on Sunday, level with Brian O’Driscoll on 141 tests (132 for Wales plus 9 British & Irish Lions appearances).

Aaron Wainwright, who has featured in every game for Wales at Japan 2019 lines up at six alongside Justin Tipuric and Josh Navidi.
Gareth Davies and Dan Biggar are named at half-back with Hadleigh Parkes and Jonathan Davies partnering in midfield.

The tournament’s joint top try scorer Josh Adams lines up in the back-three alongside George North and Liam Williams.

Curtains - A Musical Whodunnit Opened at the New Theatre Cardiff