Author It's On Editorial 196 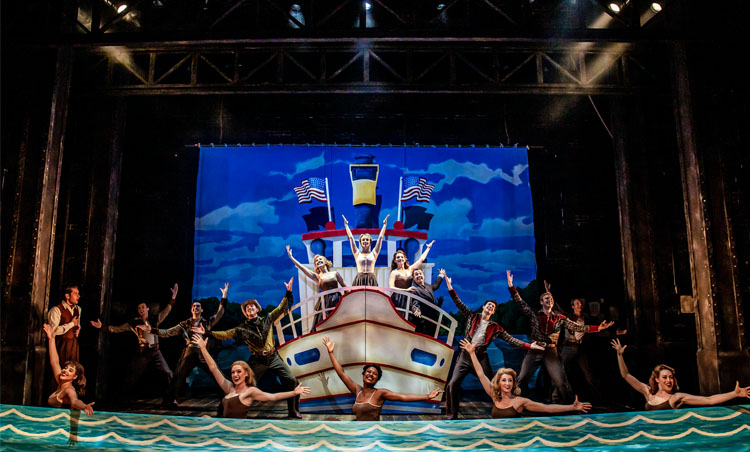 It’s time for another classic whodunnit to hit the new theatre! But this time it comes with a healthy dusting of comedy, show tunes and star power! This may seem like someone’s trying to win theatre genre bingo but the end result is a belter of a show that keeps you guessing, laughing and singing right up to the final curtain. Since one of the first songs of the show is about theatre critics and their horrible reviews, I should say up top that I had a great time at this one and I’ll try not to squeeze anyone’s nuts too hard in future! (Their words not mine!) So read on Cardiff for a peak behind the curtain (pun intended) at why this twist on a classic genre packs a wallop.

First of all, I’ve got to say that this show does exactly what it says on the tin. It’s been a while since I’ve got the “ooh they don’t make them like this anymore” feeling. You know the one I’m on about. The feeling you got when you saw La La Land a few years back. The show tunes in this are proper old school which is great to see, with some belters like In the Same Boat and some slow ballads like A Tough Act to Follow; the range of music fits even the harshest critic’s taste. But not forgetting that this is also a genuinely well-crafted whodunnit, that twists and turns leaving you exclaiming “of course!” when the killer is finally revealed. And that Curtains still finds the time to get you belly laughing in every scene; with fantastic comedic timing from the whole ensemble. But then what else was I expecting from the creators of utter classics Cabaret and Chicago?

I particularly loved the transformation of the New Theatre for Curtains tonight. I’ve been to a lot of productions in Cardiff’s treasured theatre, but it was with this show that it felt the most open. The stage looked huge! And let me tell you it really needed to be, the cast was massive and the props were elaborate with impressive scenery. I truly felt transported and pulled into the show and the design of the set had a large part to play in that. So did the superb live orchestra, led by musical director Alex Beetschen. I’ve said it before I’ll say it again… I bloomin’ love a live band, and this one brought the show stoppers and blew the roof off tonight. 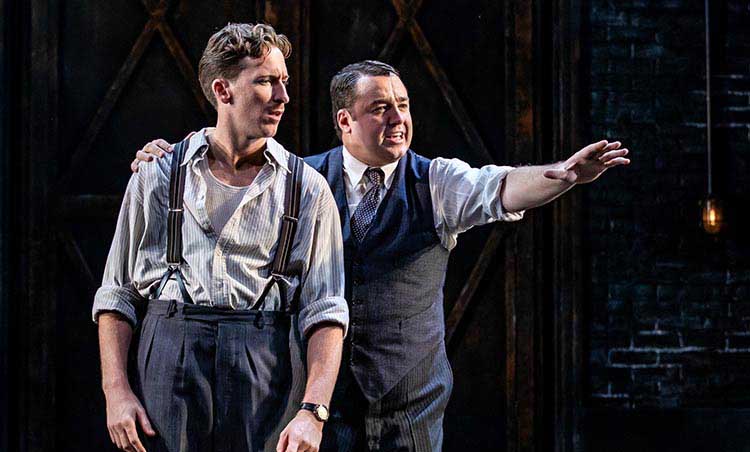 The highlight for me though had to be seeing the man himself Mr Manford live on stage. Not up to his usual stand-up, but blowing the audience away with a dynamic and cheeky performance. And although I had heard of his successful musical career before tonight’s show, I didn’t realise he had enough pipes to rival a champion bagpiper! Jason, and co-star Carley Stenson, was a dynamic delight and shone in the midst of eye-popping big numbers and brought the heart when the tempo dropped down low. They were a standout in a sea of talent which really will be a tough act to follow.

Overall I give this one a whopper of 5 curtains out of 5 whodunnits! The whole production really didn’t step a foot wrong and you’ll be forever kicking yourself if you don’t go to see it. It brought together all the best bits of a blend of genres to create a fresh take on a golden age of theatrical story telling. The winter months may be fast approaching but I guarantee this one will warm you up with sass, satire and show tunes, and a good helping of mystery for good measure.

Wales' team to face France in the Rugby World Cup has been announced,