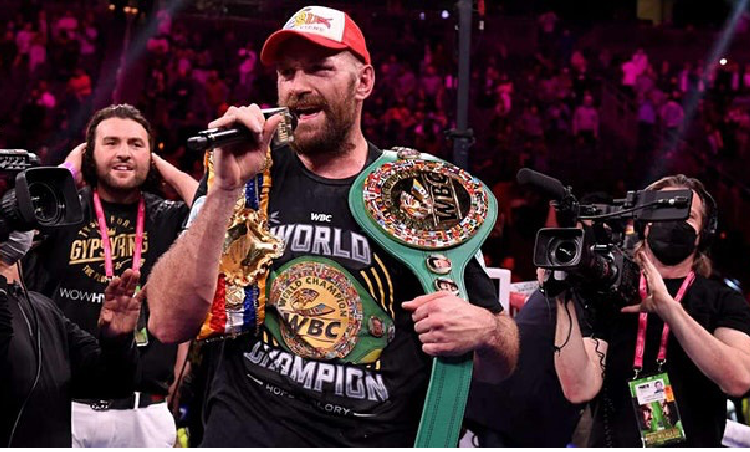 Meet the self-proclaimed Gypsy King in person and enjoy a night of entertainment .

The Peoples World Champion, Tyson Fury is making an appearance for an audience with his fans in Cardiff at the Vale Sports Arena on the Sunday 5th December 2021

The ‘Gypsy King’ defeated rival Wilder in an instant classic in Las Vegas in October, as he settled the pair’s trilogy with an 11th-round knockout.

Deontay Wilder has put him on a pedestal at the top of the game with now 2 wins and 1 draw under his belt against Wilder – he has proven time and time again that he is the undisputed champion!

The current world champion announced he will celebrate his recent heavyweight world title defence against Deontay Wilder with a six-night UK tour with a stop at the Vale Sports Arena, on Penarth Road.

The people’s champion will share his personal story – live and unscripted on stage. Tyson Fury will be answering questions from the audience and the evening will feature a mix of top entertainment, red carpet reception, stunning memorabilia auction, and a delicious meal.

Don’t miss an evening of fun with the boxing world champion, where we are sure he will lead the audience in a song or two.

Tickets are available via the Vale Sport Arena website – www.valesportsarena.co.uk