Author It's On Editorial 830 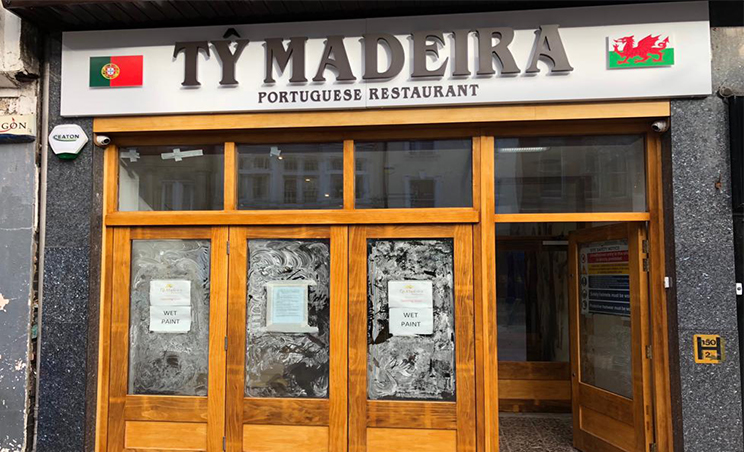 There’s an opening date for the long awaited new restaurant by the team behind one of Cardiff’s longest running restaurants.

Ty Madeira issued a post stating the restaurant’s long renovation are complete and the team aim  to finally open from Wednesday 31st October at 5pm.

Having run the Madeira for just under 20 years owner Josè has decided it’s time to bring the concept closer to the city on Cardiff’s St Mary’s Street on the site of the old The Louis.

Madeira has been one of those establishments that has stood the test of time in the Cardiff restaurant scene since 1998, unlike so many restaurants in the city recently. They have survived by doing what they know best – serving up traditional Portuguese food in a good-time setting.

As we have come to expect from the team at Madeira, they won’t be doing anything by halves. Getting inspiration from his home town in Madeira where meals are an extensive selection of freshly prepared traditional dishes including vegetarian, fish, poultry, meat and pasta options and their famous Espetadas.
Jose will continue to run his current restaurant  alongside the new Ty Madeira, so fans of the original Madeira can continue to enjoy it. The new restaurant will be made up of Brother Vitor (who currently runs the Madeira in Swansea) and his team here in Cardiff.

The new restaurant will be open plan and and have a similar feel to the current restaurant, but with a modern twist. The layout will work around a large open, modern kitchen — so you’ll be able to see your nosh being prepared from every seat in the house and of course large beams will be present to hang those popular Espetadas from.

A fully Portuguese wine list will feature a lot of older vintage wines, as well as wines made by small, independent winemakers, there will also be a cocktail bar.

Ty Madeira is set to open on Wednesday 31st October at 5pm with a full a la carte menu. Booking open from Monday via their website.

A Cardiff Pizzeria Has Been Named In The UK Top 10