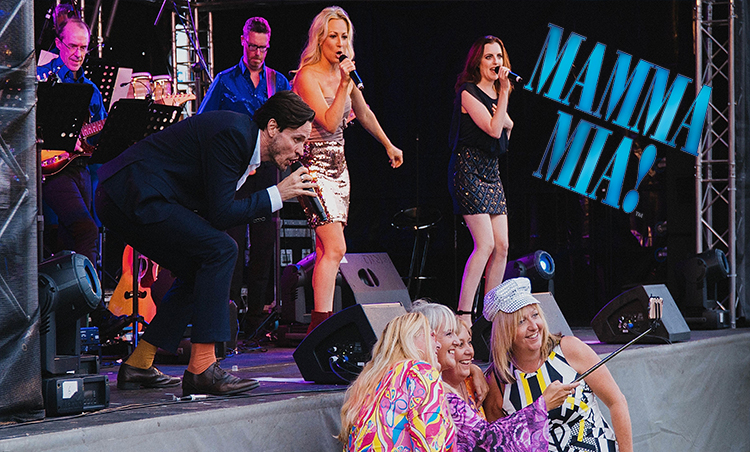 September swung around quicker than expected and now that the kids are back in school we’re getting used to normality again. It’s not all bad news though, great events keep coming to Cardiff and this week is no different, there’s loads to look forward to including the brilliant Luna Cinema, a Daft Punk orchestra and the return of last season’s heroes, the Cardiff Devils. Let’s make these last days of summer ones to remember!

What better way to end the summer than with three nights of brilliant open air cinema at Cardiff Castle? The Luna Cinema has been running for a number of years now and always promises a fantastic evening. They’re showing The Greatest Showman on 14th September (already sold out), Pretty Woman on 15th September and Harry Potter and the Chamber of Secrets on 16th September. As usual there will be drinks available, courtesy of the Luna Bar, as well as great food stalls on-site.

Babylon: Return of the Roof

The last Babylon event of the summer looks set to end the party season on a high. The event will be taking place on Saturday 15th September on the rooftop of Jacob’s Antiques Market. Details about the party are thin on the ground at the moment but we’re sure there’s going to be usual mix of summer vibes, great tunes and cool drinks.

When all is said and done, ABBA are one of the most iconic pop acts of all time, and on Saturday 15th September Sophia Gardens will play host to an outdoor celebration of the group’s legendary career performed by the stars of the Mamma Mia musical. It’s the perfect way to say thank you for the music they provided us with over the years. How much money, money, money will it cost? £25. Who wants to go? I do, I do, I do.

BAM!BAM!BAM! & Beyond Collective are going to have Tramshed bouncing on Saturday 15th September with a set of orchestral twists on Daft Punk’s unbelievably good discography, featuring many of their best-loved floor fillers such as Around the World and Get Lucky.

The latest venture from those party animals at Depot, Bingo Lingo is bingo like you’ve never played it before. Whoever thought of combining a bingo and raving, dobbing and clubbing, is a either a genius or insane, or both, but Bingo Lingo is causing waves all over the UK and Depot will be expecting a full house on Friday night.

Cardiff Devils will be hoping to build on last year’s success and get the new season off to good start with a win against Nottingham Panthers on Saturday. It won’t be easy, the two teams drew 5-5 during pre-season, but this promises to be a great game. Get your jersey ready for Saturday 15th September when the face off against Nottingham Panthers and then take on MK on Sunday and lift the 2018 Championship Banner.

On Saturday an award-winning real ale trail will be taking ale fans around the countryside of South Wales on a very handy bus. Glamorgan is full of pubs where you can find great ale, but it can be hard to get from one place to another without someone driving, and nobody wants to drive when there’s ale involved. The Real Ale Trail offers you the chance to sample all of the great ales Glamorgan has to offer without having to worry about finding a lift back to Cardiff. The bus will be picking people up at Pontyclun train Station and Rhoose Train Station all day.

The man behind the excellent Modern Life is Goodish is back on tour with a new live show that’s worth seeing just for the title alone. On Sunday 16th September Dave Gorman will be performing With Great PowerPoint Comes Great Responsibility Point. The show has been critically acclaimed and on Sunday you’ll be able to find out why. Expect slideshows and lots of laughs.

This is when Cardiff’s Victoria Park’s splash pad reopens

Author It's On Editorial 553
Given the wide range of excellent restaurants and cafes available in Cardiff, we’re spoilt for choice when it comes to places to take our...
Read More