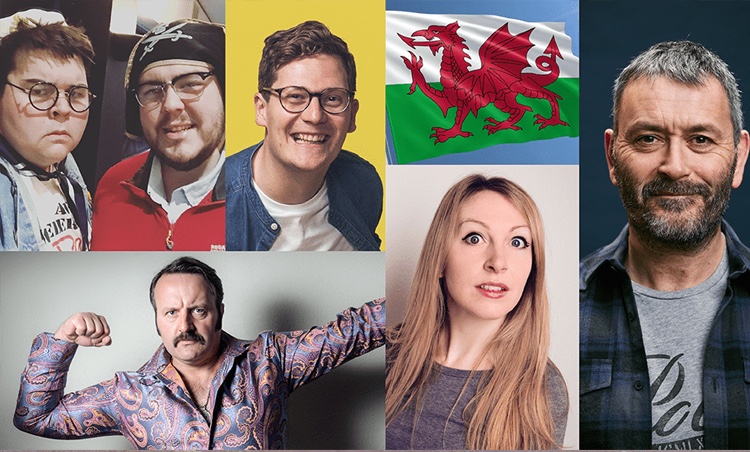 To support the biggest day in the national welsh calendar, Glee Club Cardiff had a St. David’s Day special event in celebration. It’s On Cardiff went along to the biggest comedy venue in the city to soak up the holiday weekend atmosphere.

Until Saturday night I was a Glee Club virgin, which is shameful to admit considering I’ve been dotting about the city for years in search of top events to attend. I wasn’t sure what to expect from the venue. In my head, it would be something like a scene out of an old American film like Bugsy Malone, with tables dotted around the room centred on a big stage and cigar smoke slowly blocking out the lights. The Glee Club, thankfully, is not like this and is absolutely equipped for modern comedy in the city. The layout essentially means 3 things; you can sit comfortably in any seat in the house and have a good view, there is plenty of room for large crowds, and there’s sufficient space to rest your pint when you’re busy rolling around with laughter. But then what else would you expect from an institution of comedy that has been down the bay for the past 19 years… they know all the tricks!

The acts tonight were perfectly suited to the mixed crowd. Saturday nights must always be difficult to cater for with such a mixed comedy crowd but the four performers covered every base. The compere Robin Morgan did an excellent job of whipping the crowd into shape and managing to bring some level of control over the rabble; no small feat considering there was a stag do from Huddersfield to contend with.

The three main acts of the evening felt perfectly at home in such a Wales heavy crowd as well. Tudur Owen, Jenny Collier and Mike Bubbins are all superb comedians in their own right, but felt particularly suited to the crowd on Saturday. Between them, they brought the house down, with a satire of every nature.

Personally I had a crackin’ time and now my Glee virginity (or Glinity if you will) has been thoroughly broken, I will definitely become a regular there. I couldn’t think of a better way to spend a Saturday night than being cracked up by some of the nation’s top comedians, with a massive bowl of nachos within arm’s reach and a couple of bottles of wine to share.

We do a weekend guide on this website every week with different and new events around the city, but honestly, even after just one visit, I can already tell you can count on Glee Club to provide the answer to your workweek woes week after week. The St. David’s Day event had been such a top laugh and I cannot wait to do it all again as soon as my sides have recovered from being split.