Author It's On Editorial 371 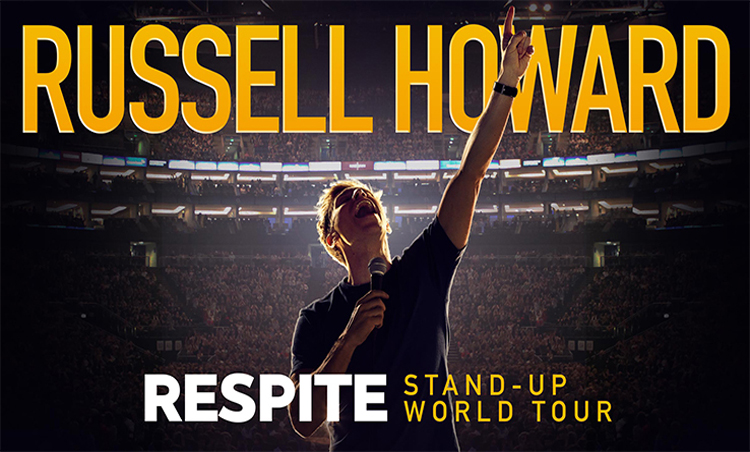 The comedy star and presenter will take his Respite show on the road and returning to Cardiff and tickets go on sale today!

Tickets via Ticketmaster at 10am

The tour follows the record breaking success of Round The World in 2017, and marks the comedian and presenter’s biggest global stand-up tour to date.

The announced dates kick off on 19 September 2019 in Newcastle, an include a headline appearance at London’s SSE Arena Wembley on 4 October 2019.

Howard currently hosts the acclaimed Sky One hit The Russell Howard Hour, having built a reputation presenting the likes of Russell Howard’s Good News on the BBC between 2009 and 2015.

Russell Howard began his career with radio work for the BBC, before making regular TV appearances on the likes of Mock The Week, Never Mind The Buzzcocks and 8 Out Of 10 Cats.

He has since secured a number of ongoing series, from his BBC and Sky One residencies to the likes of Russell Howard’s Stand Up Central and Russell Howard & Mum: USA Road Trip for Comedy Central.

Howard has seen significant praise for both his stand-up and presenting work, with The Sunday Times declaring that “world domination is looming”.

Here are those UK dates:

Tickets for Russell Howard’s newly announced Respite UK tour will be available from 10:00 on Thursday 8 November 2018 through Ticketmaster.co.uk.

This is when Cardiff’s Victoria Park’s splash pad reopens