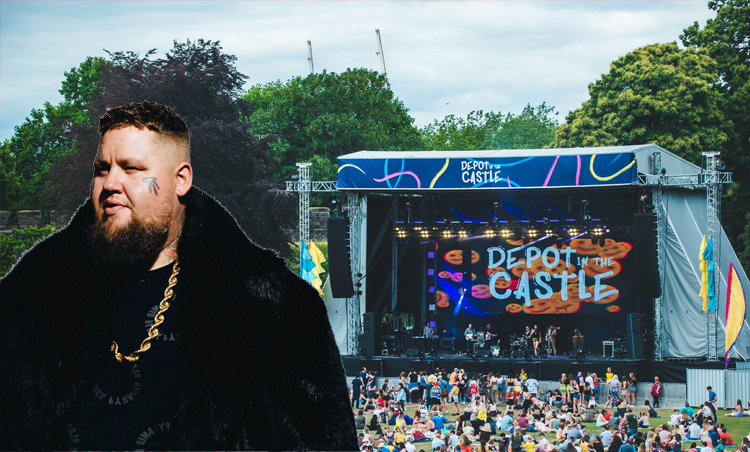 Now firmly established as one of Britain’s most successful artists of the past decade, Rag ‘n’ Bone Man is poised to assert himself as one of its most authentic and original talents.

His second LP, Life By Misadventure, came out in May this year and was the fastest-selling album by a solo artist in 2021 upon release. It hit number 1 on the UK Official Albums Chart and was preceded by the singles All You Ever Wanted and Anywhere Away From Here – a duet with pop superstar Pink.

And on Saturday 9th July, Rag ‘n’ Bone Man will play the Welsh capital as part of Cardiff’s annual, two-day festival DEPOT in the Castle.

Based in the iconic surroundings of the castle grounds, previous headliners over the years have included Kaiser Chiefs, Tom Grennan, Ella Eyre, Clean Bandit and The Fratellis.

A sell-out Saturday night at DEPOT in the Castle is always followed by a full day of family-friendly fun on the Sunday, making for an epic weekend of good music, good food & good times.

DEPOT in the Castle is organised and run by DEPOT Live, the live-events arm of The DEPOT – one of Cardiff’s most successful events venues.

Nick Saunders, founder of The DEPOT said: “We are thrilled to be bringing Rag ‘n’ Bone Man to the Welsh capital next summer; we love watching the sun go down whilst listening to some fantastic live music – and there’s no better venue than the castle!”

After dark science returns to Techniquest

CAST ANNOUNCED FOR THE COLOR PURPLE: THE MUSICAL