Author It's On Editorial 110 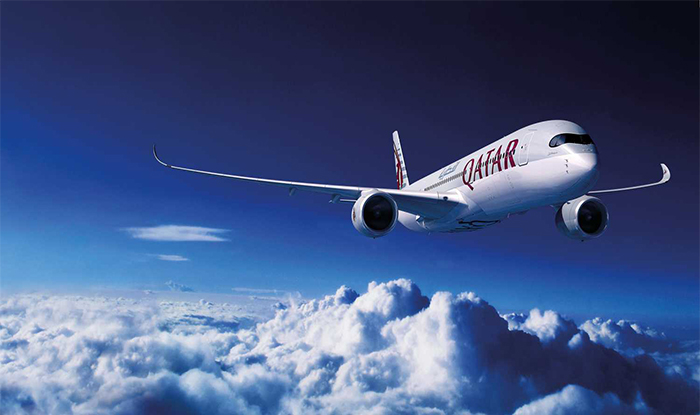 DOHA, Qatar – Qatar Airways have announce that the inaugural flight for its soon-to-launch Doha to Cardiff route will be flown using the ultra-modern Airbus A350-900 on the day of inauguration, in recognition of the aircraft’s links to Wales.

From 1 May 2018, Qatar Airways will be the first airline to offer daily flights between Doha and Cardiff, providing the Welsh capital with links to the rest of the world via Qatar Airways’ extensive global route network.

The A350-900, of which Qatar Airways was the Global Launch Customer and whose wings are built by Airbus in Wales, will mark the commencement of this exciting new route, which will go on to be served by another latest-generation aircraft, the Boeing 787 Dreamliner.

Qatar Airways Group Chief Executive, His Excellency Mr. Akbar Al Baker said: “The launch of our new service to Cardiff is a major milestone for Qatar Airways. It makes sense that the inaugural flight that welcomes Qatar Airways to Wales is on the A350-900, as the wings of this very plane are built at the Airbus plant in Broughton, North Wales. The new service will connect the Welsh people with more destinations globally and provide them the opportunity to experience our unparalleled five-star service. We look forward to welcoming our new passengers on board and to connecting them to Doha and points beyond.”

Deb Barber, Chief Executive Officer of Cardiff Airport, added: “On behalf of the team at Cardiff Airport, I am immensely proud that world-class airline Qatar Airways has recognised the potential that exists within the region and chosen Cardiff Airport to operate a regular service to Doha from May 1st. The service opens up a world of connectivity for our customers in Wales and South West England to destinations across Australia, New Zealand, Africa, Asia and beyond.

“I am also very excited that Qatar Airways has chosen to mark the inaugural flight with the use of the A350-900.  This is fantastic recognition of the aircraft’s links with Wales and the engineering prowess that we have here, and we very much look forward to welcoming this stunning aircraft to Cardiff Airport as part of the huge celebration when the new route begins in just a few weeks’ time.”

Following the inaugural flight, the new service between Doha and Cardiff will be served by a Boeing 787 Dreamliner, with 22 seats in Business Class, offering passengers direct aisle access with its 1-2-1 configuration, and 232 seats in Economy Class.

Qatar Airways currently serves London Heathrow, Manchester, Birmingham, and Edinburgh, with service to London Gatwick to commence on 22 May 2018.

Qatar Airways proudly flies one of the youngest fleets in the sky, featuring the world’s most technologically-advanced and environmentally friendly aircraft. Qatar Airways operates more than 200 modern aircraft to a network of more than 150 key business and leisure destinations across six continents. The airline plans a host of exciting new destinations for 2018/19, including Cebu and Davao, Philippines; Langkawi, Malaysia; Da Nang, Vietnam and Bodrum and Antalya, Turkey.

The launch of services to Cardiff follows a triumphant year of award wins. Qatar Airways currently holds the title of ‘Airline of the Year’ as awarded at the prestigious 2017 Skytrax World Airline Awards at the Paris Air Show, where the airline received a host of other notable accolades, including ‘Best Middle East Airline,’ ‘World’s Best Business Class’ and ‘World’s Best First Class Airline Lounge.’