Author It's On Editorial 221 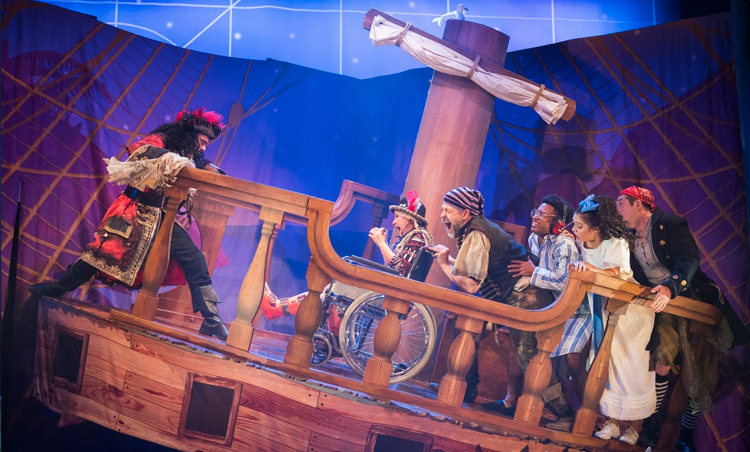 If you know anything about the Mischief Theatre Company, then you know that everyone is going to love this one in Cardiff! After the roaring success of productions like The Play That Goes Wrong and The Comedy About a Bank Robbery, they’re bringing their next smash hit crashing into the New Theatre to get an early start on the winter season (not to be confused with a panto though!). This time around its Peter Pan that’s about to go horribly wrong, so why don’t you head to the third star on the left and carry on till breakfast because you don’t want to miss out on this!

Founded in 2008, the Mischief Theatre Company has already established its reputation as a provider of world class slapstick comedy, which has travelled across the UK, Europe and Asia. So it’s unsurprising Peter Pan Goes Wrong is no exception to the rule. The show absolutely soars with the momentum of its predecessors and expertly brings back the classic comedic stylings of Faulty Towers and Monty Python, without feeling dated or like a rehash. This really feels like a love letter to long adored genre, giving it new life for a modern audience. 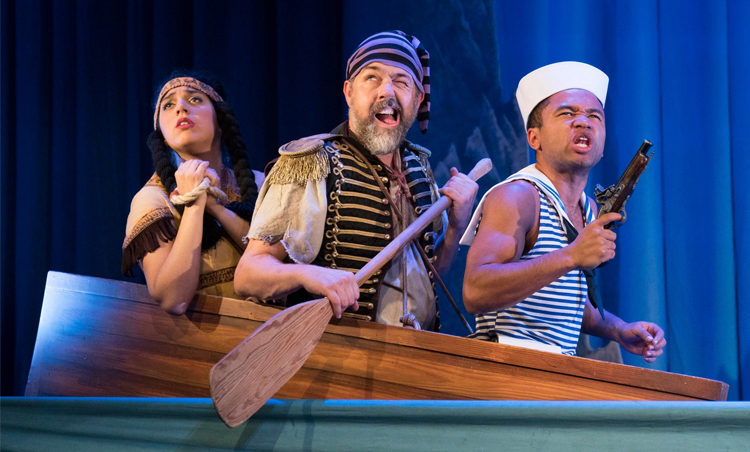 Having seen The Comedy About a Bank Robbery a few years ago on the West End, I knew the stage design tonight was going to be impressive and I wasn’t disappointed. Half of the enjoyment for me came from guessing what prop they were going to destroy next! The show was definitely not afraid to make a mess and cause a little chaos, which was a devilish delight to see. I just hope the New Theatre will be the same once they’re run it over! Aside from the destruction, there were some great visual gags throughout and it looked like Ciaran Kellgren had a lot of fun, zipping around on the high wires as Peter Pan. It reminded me a lot of the old Charlie Chaplin silent films at times and I wonder if for their next production, the Mischief Company could turn their hand to reviving the silent comedy genre. Challenge set?

Normally in these reviews I pick a few of my personal standouts from the cast, but tonight I’m afraid that’s impossible. The whole cast were bloomin’ exceptional! They each brought such an individual and unique element to the production that it would be unjustified to pick a favourite. I loved every piece that made up this bonkers, catastrophic and hysterical jigsaw. You simply have to see this show!

Overall I give this one 5 ticking crocodiles out of 5. It just had everything. It brought back a genre of comedy I love without being derivative or over the top; and had the audience rolling with laughter even after the final curtain had fallen.

Just to finish off I want to give my three top tips for seeing Peter Pan Goes Wrong (without giving away any spoilers):