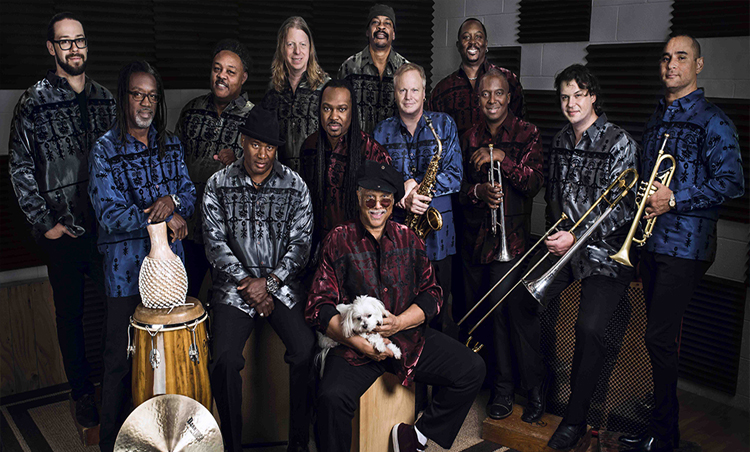 90’s musical legends are heading to Cardiff to party under the big blue big top in Bute Park.

There’s a new date for music fans to mark in their calendars. Party at the Park is coming to Cardiff on Friday 28th September and Grammy Award winning Al Mckay’s Earth, Wind and Fire are headlining. You won’t want to miss out. For months afterwards you’ll be asking friends: do you remember, the 28th night of September?

Party at the Park will be taking place in beautiful Bute Park. The full music line-up is being kept under wraps for the time being, but we know that Tony Hadley will be providing support.

For a decade, suave Tony Hadley was the voice and image of Spandau Ballet, guiding the one-time New Romantic act to global success, crooning a string of smash hits like “To Cut a Long Story Short, “True,” “Gold,” and “Through the Barricades.”
As lead singer of Spandau Ballet, Tony Hadley has, over the years, earned the accolade of being one of pop music’s greatest vocalists. He has also just released his latest solo album “Talking to the Moon.”

Special guests will be announced closer to the date.

The event is being organised by the same team who are behind Newport’s Party at the Park, which was a huge success at Rodney Parade last year and will be taking place again on July 13th in Tredegar Park. The line-up for Newport this year includes Soul II Soul, Aswad, and the Craig Charles Funk & Soul Club. We’re expecting even bigger things for Cardiff’s event!

Tickets go on sale 10am on Friday 8th June. If you pre-register by midnight on Wednesday 6th June midnight there will be a 10% discount all ticket types as long as tickets are booked before Sunday 10th June.

There’ll also be a fun fair and a very snazzy VIP  Arena, not to mention plenty of food and drink stalls

The event is organised by the team who brought the Inside Out Festival to Cardiff Climax Promotions.

“Following the huge success of Party In The Park Newport we are bringing the show to Cardiff. We believe the setting of Bute Park is the perfect for an evening of classic songs from legendary acts.”

For more information, or to book tickets, go to www.partyintheparkcardiff.co.uk

That's the spirit: the Cardiff cocktail bars named best in the UK

Alfie Boe will start his UK tour in Cardiff