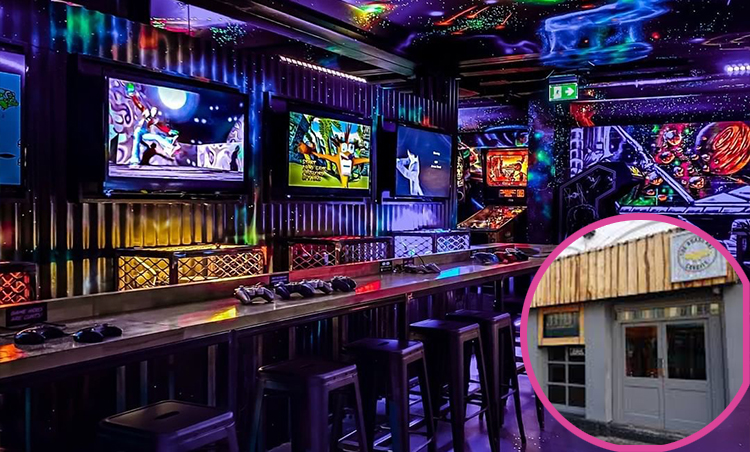 A new underground arcade bar is opening in Cardiff’s St Mary’s Street this month on the site of the old Brass bat bar.

NQ64, already well-established in England and Scotland will offer something very different, with arcade games, bags of retro crisps, and bright glow-in-the-dark graffiti.

NQ64 first opened in a back alley of the Northern Quarter Manchester in 2019, taking punters on a serious nostalgia trip with its mix of gaming experiences.

Since then, it’s gone on to open sites in Liverpool, Birmingham and Edinburgh.

The new over-18s venue will operate a token system in place for the arcade games alongside free-to-play classic consoles including N64, MegaDrive, original PlayStations, Game Cube and Super Nintendo. You can expect to find the iconic arcade games, such Pac-Man, Time Crisis 2 and Guitar Hero, as well as some new additions such as a Mario Kart arcade game, Time Crisis 3 and NBA Jam.

Alongside games is a drinks list with beers from independent local brewers and as you would expect, NQ64 bartenders will sling gaming-themed drinks such as Princess Peach, Bubble Bobble and Pacs a Punch.

And don’t forget that classic NQ64 food offering – bags and bags of retro crisps, of course!

Work has already begun to transform the venue on St Mary’s Street  with a date an opening early November 2021.

Matt Robson co-owner said – We are really excited to open our first welsh location. Since opening our second site in Manchester we have had our sights set on other major uk cities and Cardiff has been on the top of our list for some time. We feel NQ64 has a lot to offer everyone with a special nostalgic journey people of all ages can enjoy.

To keep an eye on the progress why not follow them on their Social media account NQ64 Cardiff  or head to www.nq64.co.uk