Author It's On Editorial 650 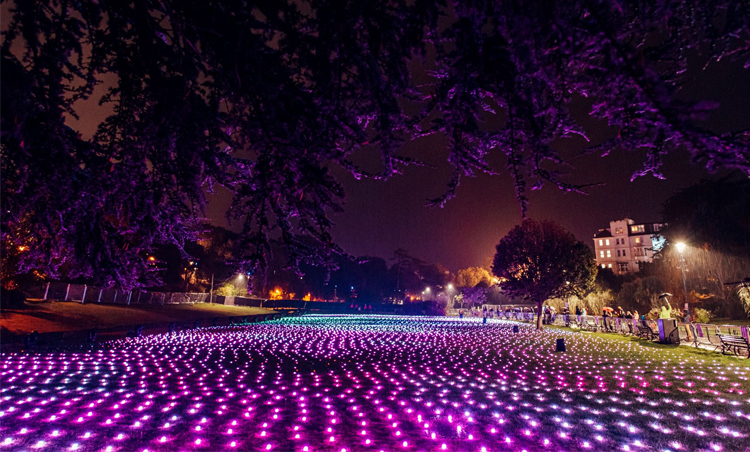 New dates to see Wales’ biggest ever Christmas lights trail have been introduced as demand for tickets to the magical new festive experience remains extremely high.

Visits to Christmas at Bute Park will now take place during timed intervals on every night of the week throughout November and December, as the majority of existing dates have almost sold-out.

Christmas at Bute Park opens next month and will take visitors on a breath-taking tour of festive delight around one of Cardiff’s most beloved landmarks. From November 25th, Bute Park will be taken over by laser shows, an enchanting fairy tree avenue, flickering fire sculptures, spectacular mirror ball displays, huge illuminated trees and much more.

Visitor slots were previously available on Thursday to Sunday nights only, with around 95,000 visitors expected in total. Now more people than ever will get to experience the magic for themselves and around 130,000 visitors are expected to attend from mid November through to New Year’s Eve.

Andy Smith, part of the team behind the trail, said: “We have been absolutely overwhelmed with the response since we first announced Christmas at Bute Park would be coming to Wales at the end of the summer.

“The majority of dates made available back then have now all but sold-out and we’re mindful that not everyone will have been able, or got round to, making their Christmas plans early this year.”

“For some, the festive season isn’t something they will have wanted to think about too soon, especially when it was still unclear how restrictions would pan out, while others will have been planning something special for much of the year,” Andy added.

“After another year of uncertainty we just want to make sure everyone has the opportunity to make this Christmas as special as it can be, therefore, and are releasing a number of new dates today to try and help make sure it happens.”

Visitors to Christmas at Bute Park will have the option to visit during a number of different time slots nightly from November 25th right through until, and including, New Year’s Eve, and the event is fully accessible to those with wheelchairs and prams.

All slots will be held outdoors and run on a timed basis to ensure the safety of all those attending, which means all patrons booking tickets will have the chance to give their family the gift of Christmas this year, come what may.

For more information on Christmas at Bute Park and how to book tickets, visit www.christmasatbutepark.com

The Undertones are set to rock Cardiff

Dainton from Dirty Sanchez is inviting us all to his stag do!