Author It's On Editorial 150 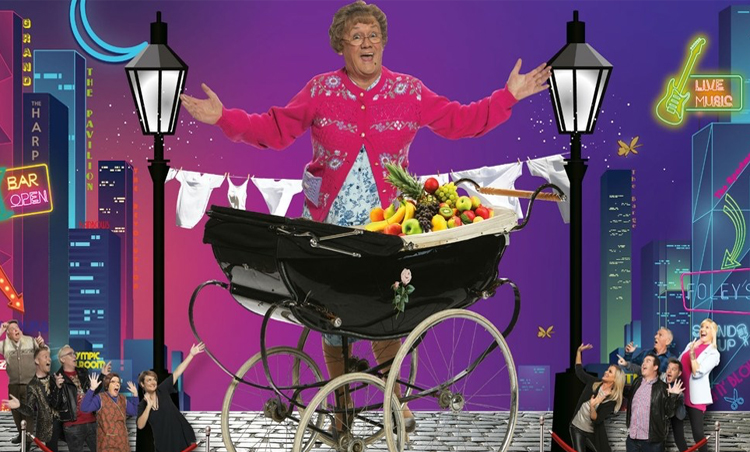 Tickets for D’Musical? go on sale Friday at 10am from Ticketmaster 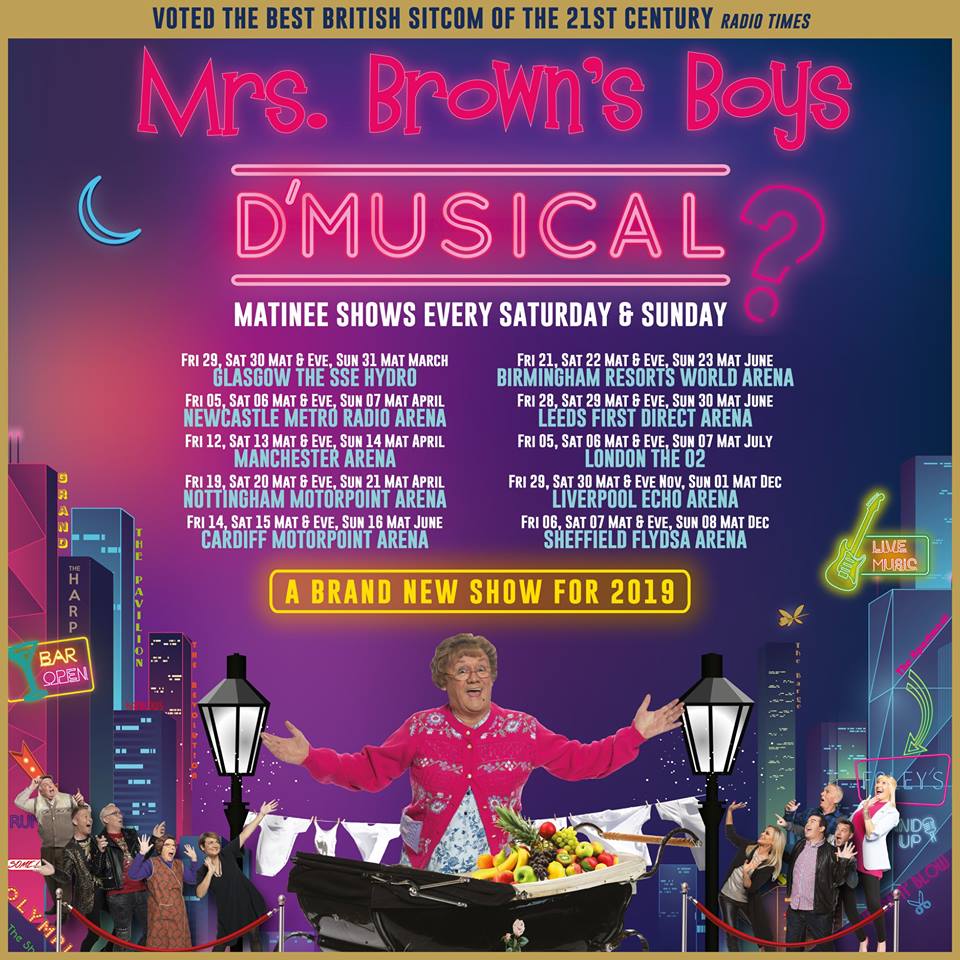 Mrs. Brown’s Boys success has been nothing short of incredible. Voted the No. 1 Sitcom of the 21st Century, awards include 5 BAFTAs, 4  National Television Awards, 3 TV Choice Awards, 4 IFTA awards, 3 TV Times Awards as well as RTS, TRIC and National Comedy Awards. It is a ratings smash across the globe. Mrs. Brown’s Boys live show has broken box office records across the UK, Ireland, Australia, New Zealand and Canada.

2014, 2016 and 2018 saw  Mrs. Brown’s Boys tour Australia and New Zealand selling out multiple arenas and BBC ONE series All Round to Mrs. Brown’s continues to achieve record breaking viewing figures with a third series due next year.

If you haven’t experienced Mrs. Brown’s Boys live show, this tour is set to be one of the hottest tickets for 2019 and is not to be missed.