Author It's On Editorial 511 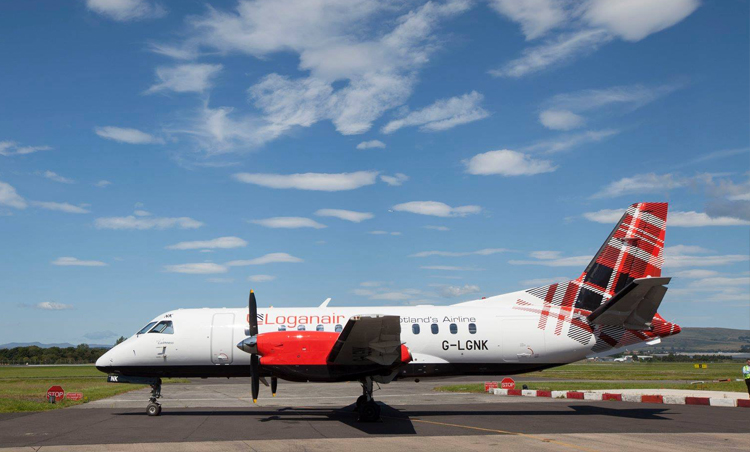 Loganair has announced a daily service between Cardiff and Edinburgh, launching on 23 March, with plans to increase frequency to 10 flights a week from September 2020.

Loganair, Scotland’s Airline, has reacted to the closure of Flybe by announcing plans to safeguard UK regional connectivity by taking up 16 routes formerly flown by Flybe. The airline will be adding nearly 400 new flights each week and has opened a special recruitment line for former Flybe employees seeking to continue their aviation careers with Loganair.

The 16 routes – from existing Loganair base airports at Aberdeen, Edinburgh, Glasgow, Inverness and Newcastle – will be launched progressively over the next four months. hayamix.com Flights on the first and largest group of these key air routes will commence as early as Monday 16 March. All flights are already on sale at www.loganair.co.uk and via travel agent systems.

All Loganair fares include a free hold baggage allowance, allocated seating and in-flight refreshments.  Loganair is also one of few UK airlines to offer discounted fares for children and a free baggage allowance for infants, even if travelling on a parent’s lap.

“We are delighted Loganair has stepped in so quickly and recognised the opportunity to facilitate and provide another service for our vital air links between Wales and Scotland by announcing a new daily service between Cardiff and Edinburgh. This is in addition to their عثمان recent commencement of flights linking Cardiff and Glasgow which started last week. By adding this additional route, Loganair will quickly become the key airline offering our customers the best choice of flight options between Wales and Scotland, ensuring options to travel from Cardiff remain appealing for our passengers when travelling for business, holidays or visiting friends and family.”

“The collapse of a long-standing airline like Flybe marks a desperately sad day, especially for the airline’s dedicated team of employees and for customers facing disruption to their journeys.   By stepping in quickly with a comprehensive plan, Loganair is aiming to maintain essential air connectivity within the UK regions to keep customers flying, and to offer new employment to former Flybe staff members who are facing an uncertain future today.”

Customers formerly booked on Flybe services on the same routes will need to make new bookings at www.loganair.co.uk, and obtain a refund via their payment card provider for tickets booked with Flybe.  In common with all other airlines, Loganair has no access to Flybe systems or customer data to be able to facilitate re-bookings.

Loganair has partnership arrangements with several international airlines including Emirates, KLM Royal Dutch Airlines, Air France, Qatar Airways, Turkish Airlines and United Airlines.   Customers who held a Flybe booking including onward travel with one of these airlines, or as part of a package holiday, should contact the travel agent or airline with whom the booking was made to arrange for re-booking onto the new Loganair flights on equivalent routes.

The addition of 16 former Flybe routes to Loganair’s network will see the airline operate up to 400 new services each week, cementing its position as the UK’s fourth largest airline by volume of flights.  Additional 70-seat ATR 72 turboprop aircraft will join Loganair’s fleet over the coming weeks to service the new routes, alongside the existing 44-strong fleet of turboprop and Embraer Regional Jet aircraft.   The ATR aircraft have the lowest carbon emissions per passenger of any regional aircraft.

Loganair will be recruiting for additional pilots, cabin crew and engineers to be based at Aberdeen, Edinburgh, Glasgow and Newcastle airports to support the expansion.  It is expected that over 100 new positions will be created across the four locations, and Loganair will be prioritising applications from former Flybe staff for all of these roles.   There will also be a small number of new head office support roles.

The safeguarding of these routes by Loganair will also help former Flybe ground handling agents and airport operators at locations such as Southampton and Exeter to preserve employment in their businesses.

“The plan represents the outcome of several weeks of behind-the-scenes contingency planning work, during which we’ve evaluated many routes and aircraft.  It’s critical to the continued success of our own airline that we refrain from over-expansion, and that our growth can be delivered within our operational and financial means.   I am confident that the plans being announced today are robust and sustainable, enabling former Flybe customers to benefit from Loganair’s high standards of customer service and on-time performance on a range of new routes, with a strong emphasis on those to and from our Scottish heartlands.