Author It's On Editorial 182 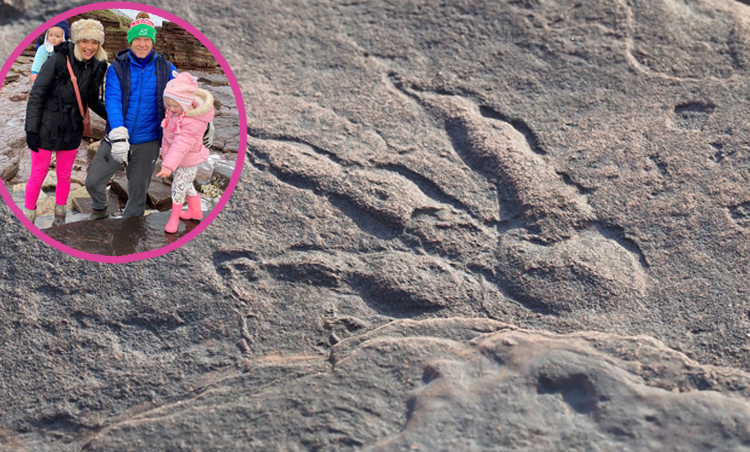 Dinosaur footprint, which sheds new light on how dinosaurs used to walk goes on display at National Museum Cardiff

Amgueddfa Cymru – National Museum of Wales Palaeontology curator Cindy Howells was notified of the find and has described it as the best specimen ever found on this beach. The specimen is a type of footprint called Evazoum, which was made around 220 million years ago by a currently unknown herbivorous dinosaur. It is often impossible for scientists to identify the species of the dinosaur, or other reptile, that made such fossil footprints.

Scientists will now be able to examine the specimen to establish more about the biodiversity and anatomy of dinosaurs and other reptiles in the Late Triassic of south Wales and how they used to walk.

Fossils are a very special part of Wales’ heritage, but they can easily be damaged if people try to collect them. Although many families enjoy fossil-hunting, the museum stresses that this needs to be carried out responsibly. Members of the public should only take home a limited number of small, loose fossils from beaches where it is legally permitted to do so. 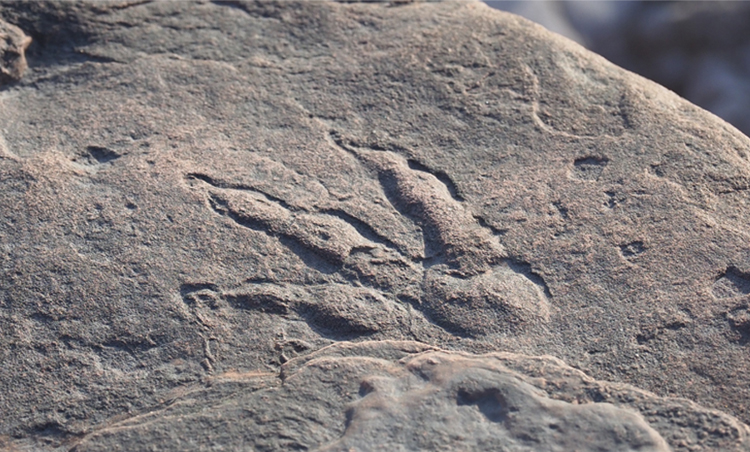 Special permission had to be sought from Natural Resources Wales (NRW) to legally remove Lily’s fossil specimen. Bendricks beach is under private ownership and is legally protected as a Site of Special Scientific Interest (SSSI). The collection of any rocks, minerals and fossils from this site is not permitted, and can result in large fines.

The landowner, British Institute for Geological Conservation is a charity that works to conserve natural heritage through site ownership, education and community engagement.

“This fossilised dinosaur footprint from 220 million years ago is one of the best-preserved examples of its type from anywhere in the UK and will really aid palaeontologists to get a better idea about these early dinosaurs and how they walked.”

“The display of this special footprint is the result of us working in partnership with the British Institute for Geological Conservation, Archaeology Cymru and Natural Resources Wales to safely remove the fossil from Bendricks Bay to National Museum Cardiff.

“We look forward to seeing visitors of all ages enjoy this exciting discovery and be inspired by Lily’s story. Our dinosaur fossils and the dinosaurs in the Evolution of Wales gallery always prove popular with visitors and I hope people take this opportunity to find out more about dinosaurs and how life evolved in Wales.” 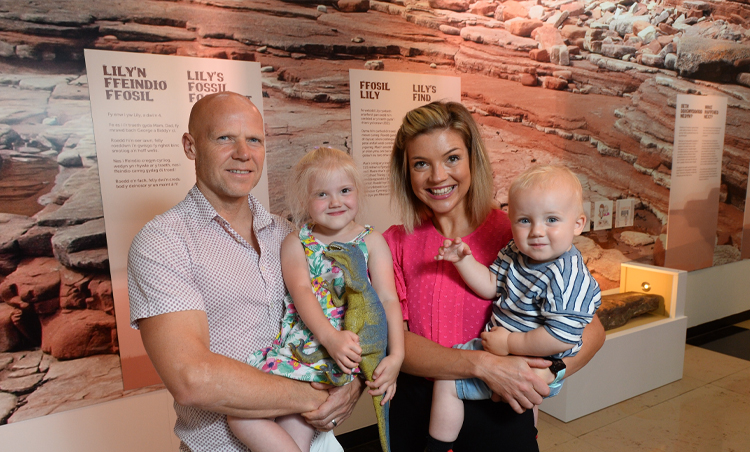 “We were thrilled to find out it really was a dinosaur footprint, and I am happy that it will be taken to the National Museum where we can be enjoyed and studied for generations.”

Karl-James Langford from Archaeology Cymru was asked for his advice on the find by Lily’s family. He said:

“As only the fifth person to see it live, I identified the dinosaur footprint, as of international importance, and the best to be discovered in the United Kingdom for 20 years or more. This was very real. It was a much finer print than any I had ever seen, in all my years looking at the rocks on the beach with school parties and adults.”

“The dinosaur footprint is a spectacular find and we were pleased to grant permission and work in partnership with the British Institute for Geological Conservation and Amgueddfa Cymru – National Museum Wales to ensure its careful removal, so that it can be preserved as a scientific and educational resource for future generations to enjoy.”

Amgueddfa Cymru – National Museum Wales is a family of seven museums and a collections centre, which are all free to enter thanks to the support of the Welsh Government. Together, it is home to the nation’s art, history, heritage and science collections, which will continue to grow so that they can be used and enjoyed by both present and future generations.

One of its museums, St Fagans National Museum of History which explores the history and culture of Wales, won Art Fund Museum of the Year 2019.

As a registered charity, Amgueddfa Cymru is grateful for all support. The events and exhibitions programme is supported by players of the People’s Postcode Lottery.

Open-air courtyard hidden inside Cardiff Arcade get the green light