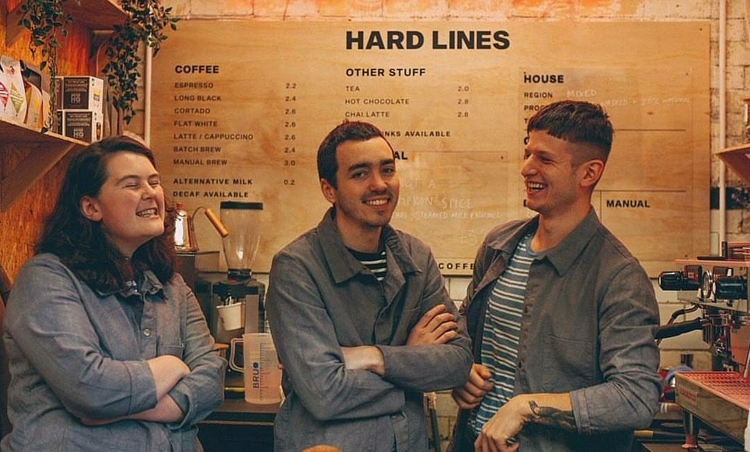 Hard Lines has been one of our favourite coffee shops for quite some time. They do great coffee and food at cheap prices. Since 2016, when the shop first opened as a aeropress bar, to October 2017 when the café opened in Central Market, they have been committed to providing great service in a pleasant environment, helping to put Cardiff on the map as a flourishing coffee and food spot.

Now they are looking to move to a bigger space right in the heart of the city to allow them to realise their ambitions and they’re asking the public to help them out. They will be moving out of Castle Emporium store and into 25 Castle Street and the move isn’t going to come without its costs. The new fit out and roaster install is going to cost a whopping £14,000. Hardly loose change!

To raise the money for this equipment Hard Lines have set up a Kickstarter campaign, which will allow people to show their support for the venture through a donation of their choice. Most of the cash will be going towards bringing a brilliant coffee machine down from London, one which last for years to come. Over £4,000 has already been raised! If you’d like to make a donation to this excellent cause then you can do so on the Hardlines Kickstarter page.

Not only will your donation help Hard Lines to move to their new place, it could get you some pretty cool rewards too, including free coffee, merchandise, special events, and even a tattoo! We’re fairly sure the tattoo isn’t compulsory. What are you waiting for?

In The Night Garden is coming to Cardiff