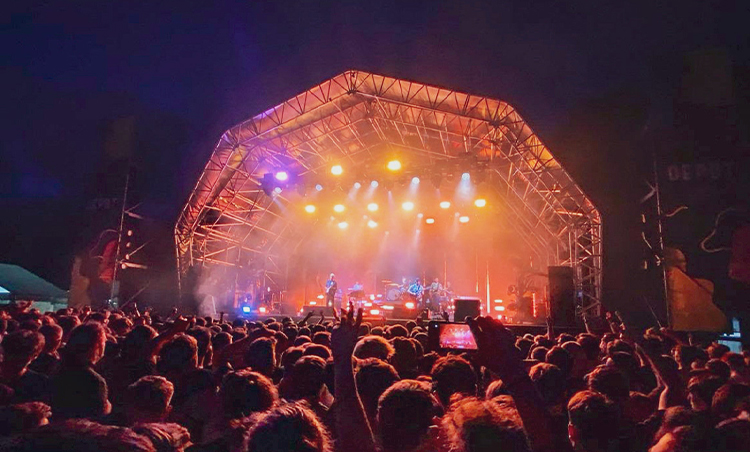 One of the first live music events in Cardiff and Foals have blown it out of the park, or should we say castle…

The queues were long, an hour and a half long if we’re talking about the bar, but was it worth it?

With four pints in hand, lodged into a cardboard cup holder and ready to be carried across the field towards the blinding lights gleaming from the stage, people stopped and sat on the grass ready for the show.

Everything Everything was supporting headliner Foals, kicking off the show, warming up the crowd, getting legs moving and bodies into the groove of live music again.

The lines of the bar continued as the overwhelming number of people piled into the castle grounds; swirling around the field, people were eager and thirsty for a fun evening of normality.

As time moved, the line slowly edged closer and closer to the big neon sign of the bar. Strangers began to interact and connect; laughs were exchanged and those who wouldn’t normally cross paths played football together.

Kicking back and forth across the field between line two and three, both queues who equally waited patiently, anticipating a pint found solace in one another; a scenario you would normally witness on the school yard where children meet strangers and form friendships.

People were again connected, in a way that they’d been prevented from for so long.

Friends hugged, families held one another tightly and strangers exchanged numbers, the element of coming together was real, it was here, and it was now, and boy was it beautiful to see. 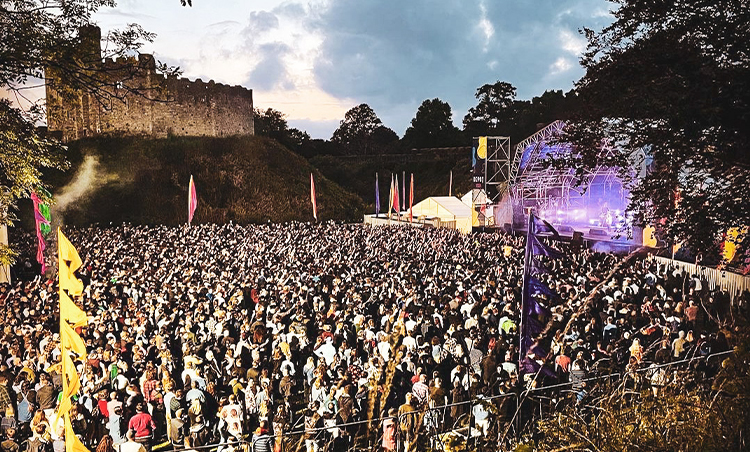 The bright fiery lights appeared, yellow, then orange and finally red, peering down from the stage and there they were, a live band ready to entertain a crowd that had dreamt of this moment for many months.

Foals opened with Black Bull and the crowd were in awe. The smoke machines were switched on and later the laser lights, beaming across the clear Cardiff sky, dancing to the beat of the music.

The lead vocalist and guitarist, Yannis Philippakis yelled into the crowd, “YES CARDIFF, Lets rip it up!” and broke out into another song.

The connection between the band and its crowd stole the show. As arms wavered in the air, people sat on friends’ shoulders swinging their t-shirts around above their heads and cheers and chants were echoing across the castle. The crowd sang back the lyrics to the band and a sense of belonging was felt.

James, a fan of Foals and an attendee at the gig said, “I stood there and after five-minutes, I realised I had a beaming smile; I had to stop myself and realise like wow! I’ve missed this!”

There's a Huge Light Trail Coming To Cardiff This Christmas